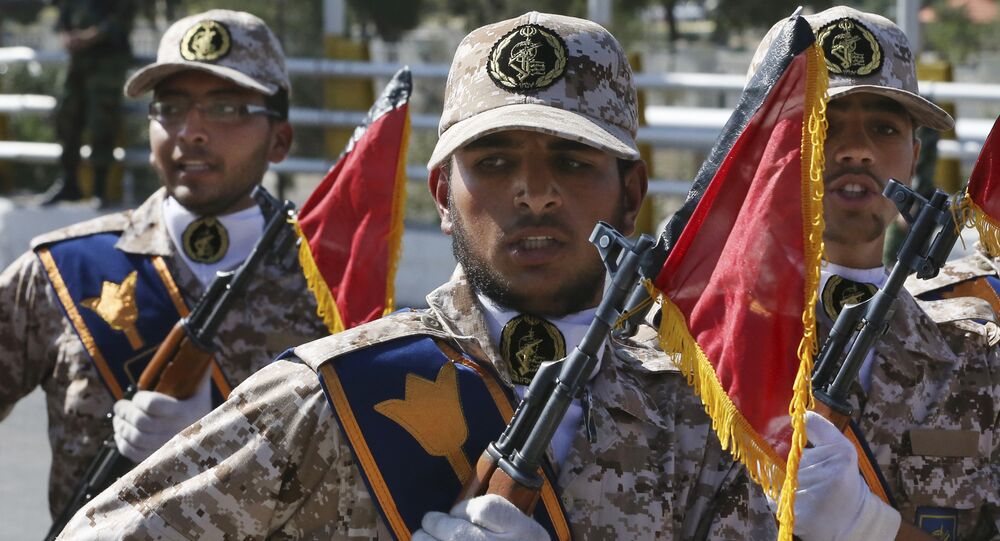 Western Media ‘Lied’ About Withdrawal of Iranian Soldiers From Syria

Iranian correspondent Hassan Shemshadi, who is currently working in Syria, denied earlier claims by Western media that Iran’s Revolutionary Guard Corps is pulling out of Syria.

A few days ago Bloomberg reported that Iran allegedly began withdrawing its elite fighters from Syria due to the high casualty rates among its soldiers.

"One reason Iran is now withdrawing from Syria, according to US officials, is that many officers have been killed or wounded in the heavy fighting this fall," Bloomberg reported, citing US military officials.

To get things straight, Sputnik contacted Shemshadi, an Islamic Republic of Iran Broadcasting (IRIB) correspondent currently reporting from the ground in Syria. The Syrian correspondent rejected the claims made by Bloomberg, stating that the report is a "complete lie."

"As of late, these kinds of provocations and the spread of false information have increased… The purpose of such [false] reporting is to cause a split among the ranks of the Syrian Army and national [pro-government] militia, sow doubt and weaken their credibility, and bring damage to units fighting terrorism," the Iranian journalist told Sputnik.

© AP Photo / SANA
Tehran Won't Stop Supporting Syria - Iranian Supreme Leader Advisor
The Iranian Revolutionary Guards aren't planning to withdraw from Syria; on the contrary, following the request of the Syrian government to help out in the fight against terrorism, Iran increased the number of its soldiers in Syria. They're now continuing to fight hard on the side of Syrian government forces against Daesh, also known as ISIL/ISIS, and other Islamic terrorists on all fronts, Shemshadi confirmed.

According to the journalist, casualties among Iranian soldiers were indeed higher than before, but this fact did little to change the motivation of Iranians, who helped the Syrian Army to liberate up to 500 km² South-West of Aleppo from Daesh control.

Despite recent success near Aleppo, Iranians are facing strong resistance from terrorists, as they're being actively supported by their sponsors from abroad.

"There is progress, but the sponsors of terrorists are not sleeping either, providing militants with military aid: they [sponsors] send them modern weapons and reinforcement troops," Shemshadi told Sputnik.

Syria has been mired in civil war since 2011, with the army loyal to Assad fighting several opposition factions and militant groups, including the al-Nusra Front and Daesh. According to UN estimates, 250,000 people have been killed and another 12 million displaced in the fighting.