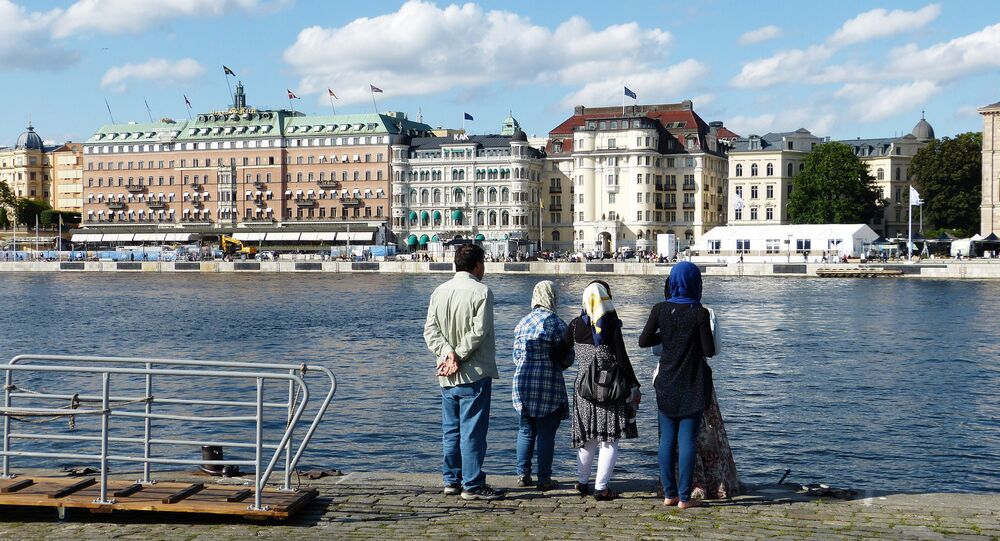 Muslims residing in Cairo, Istanbul or Delhi are not ready to support the anti-terrorist activities of Europe and US, as they see it as an attempt to promote the national interests of the West.

The recent proposal by US politician Donald Trump to ban Muslims from entering the country is not ‘an exceptional example of hate speech’, but a natural consequence of the current international policy, newspaper The Daily Sabah reported.

© Flickr / Chris Beckett
Number of Hate Crimes Against Muslims Triple in UK Since Paris Attacks
Statements suggesting that Islam is threatening European values and attempts to prevent Turkey's EU membership seriously undermine the credibility of the Islamic communities in the West.

At the same time, all developed countries avoid discussing the fact that the growth of xenophobia is becoming commonplace in Europe, the publication stressed.

The Western intervention in the Middle East led to the fact that the “uprising for justice, dignity and freedom has turned into an ugly sectarian war.”

Victory over Daesh (Islamic State) or the overthrow of Syrian President Bashar Assad will not eradicate terrorism. In order to defeat terrorism the participation of Muslims themselves, is required, The Daily Sabah noted.

Earlier, it was reported that more than 1.5 million Muslims have signed a fatwa against the terrorists.