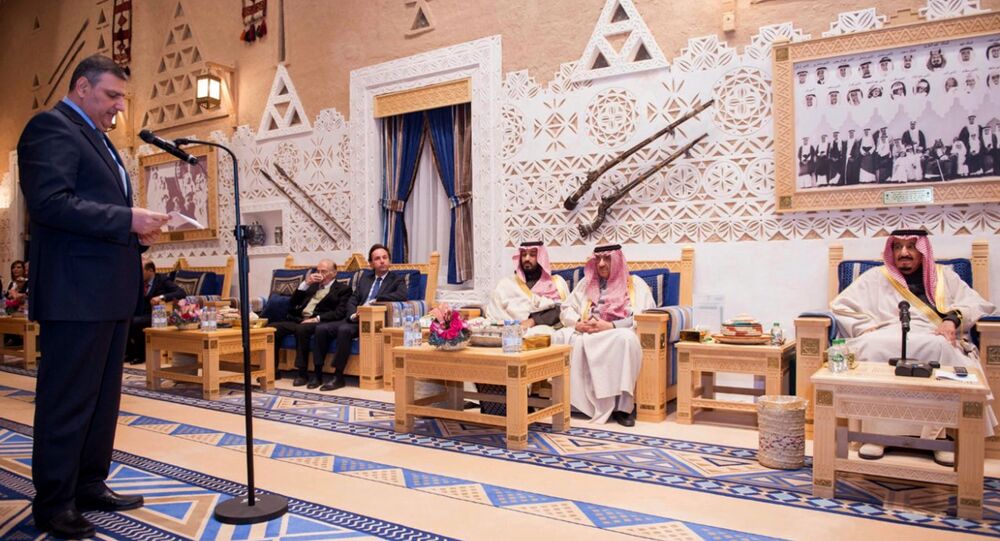 Syrian Finance Minister Ismail Ismail has lashed out at Saudi Arabia for inviting ‘terrorist groups’ to attend a World Peace conference in Riyadh.

"The people who have been invited to the Riyadh conference are representatives of those organizations that are basically considered as terrorist organizations based on the UN approvals," Ismail said in an interview with the Iran-based Arabic-language al-Alam news website, Fars news agency reported on Sunday.

In a parallel statement, Syria's World Peace envoy Fares al-Salamou al-Taei said that the so-called dissidents who sat beside the terrorists in the Riyadh conference did not represent the Syrian people.

"Unfortunately, we cannot call dissidents those who participated in the fake meeting of the opposition in Riyadh since they sat at the same table with the terrorists whose names are on the list of the terrorist groups and are wanted by the Interpol," Taei told FNA on Sunday.

"Attempts to hold periphery meetings on Syria in Saudi Arabia and Jordan are outside (against) the Vienna declaration and they divert the political efforts made in Vienna on Syria from their natural course and push (the outcome of) the Vienna (III) meeting into failure," Amir Abdollahian said.

Meanwhile, more than 100 members of Syria's opposition parties and rebel fighting groups agreed at the end of two days of talks in Riyadh to work together to prepare for peace talks with President Bashar Assad's government.