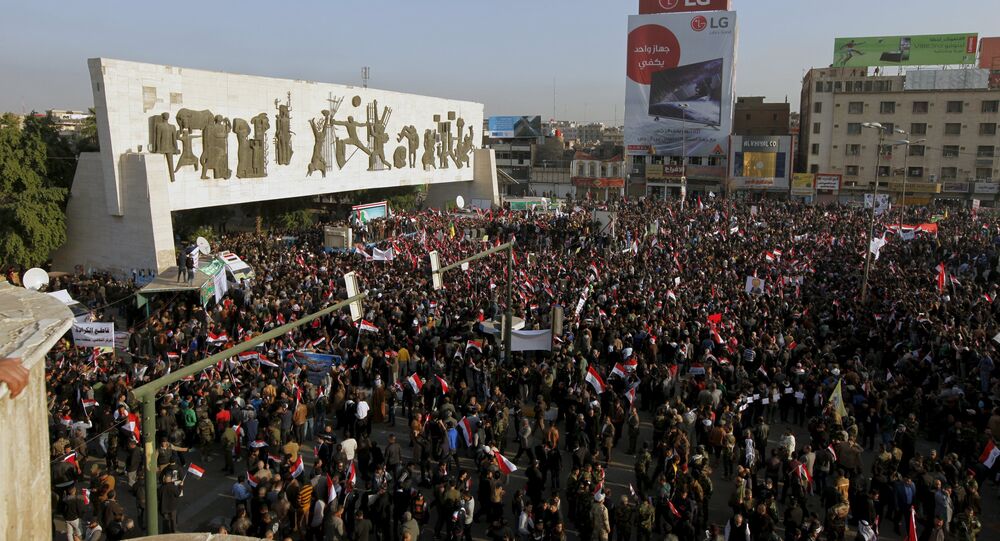 Saturday’s protest rally in Baghdad was initiated by paramilitary groups of the Hashad al-Shaabi, or Popular Mobilization Forces, dominated by Iran-backed Shiite militias.

"As the leader of a military brigade, I am not fully satisfied with the government's action, and we are here to say that Iraq's patience has run out," Ali Rubaie, the commander of a unit  stationed west of Baghdad, told AFP on Saturday.

The demonstration was mostly attended by young men in military uniforms and was well organized, with large processions converging on Tahrir Square in central Baghdad.