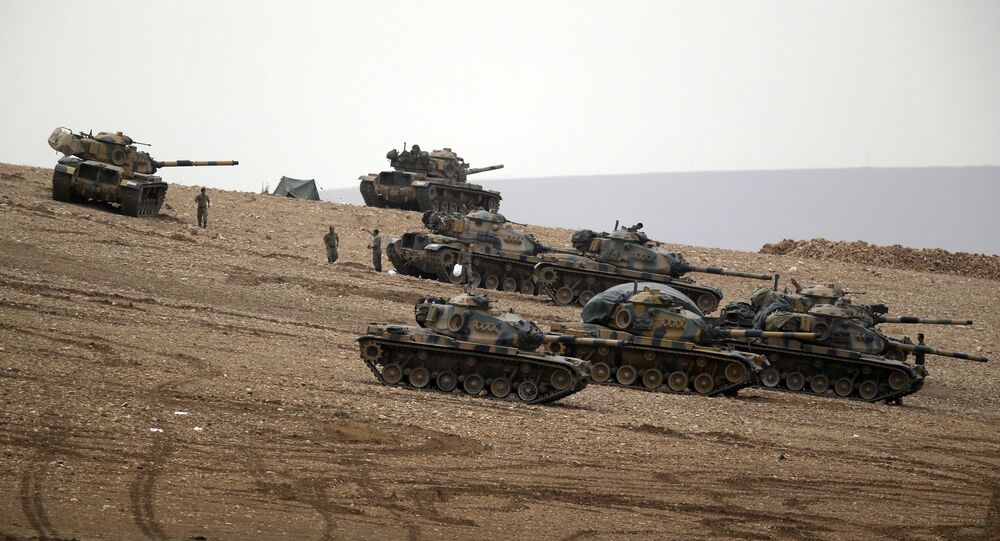 Baghdad addressed the UN Security Council demanding an unconditional and immediate withdrawal of Turkish troops from the Iraqi territory to put an end to the "aggressive act" and "flagrant violation" of international legislation.

"This is considered a flagrant violation of the principles of the U.N. Charter, and a violation of Iraqi territorial integrity and sovereignty of the state of Iraq."

On December 4, Turkey deployed about 150 troops and 25 tanks to a base in the Iraqi Nineveh province, without Baghdad's approval.

© AP Photo / Sasa Kralj
Respecting Sovereignty? Iraq Wants UN to Intervene in Turkish Troop Saga
According to Ankara, the aim of the deployment was to provide security to Turkish soldiers deployed earlier to train Kurdish militia who are fighting the Islamic State (ISIL, or Daesh in Arabic), a group outlawed in a number of countries, including Russia.

Iraq has rejected the claims, stressing that the Turkish military presence had not been requested.

"Iraq worked on containment of this issue by diplomatic means and bilateral talks, but these efforts did not succeed in convincing Turkey to withdraw its occupying forces from Iraqi territory," the letter said describing the Turkish incursion as an "aggressive act."