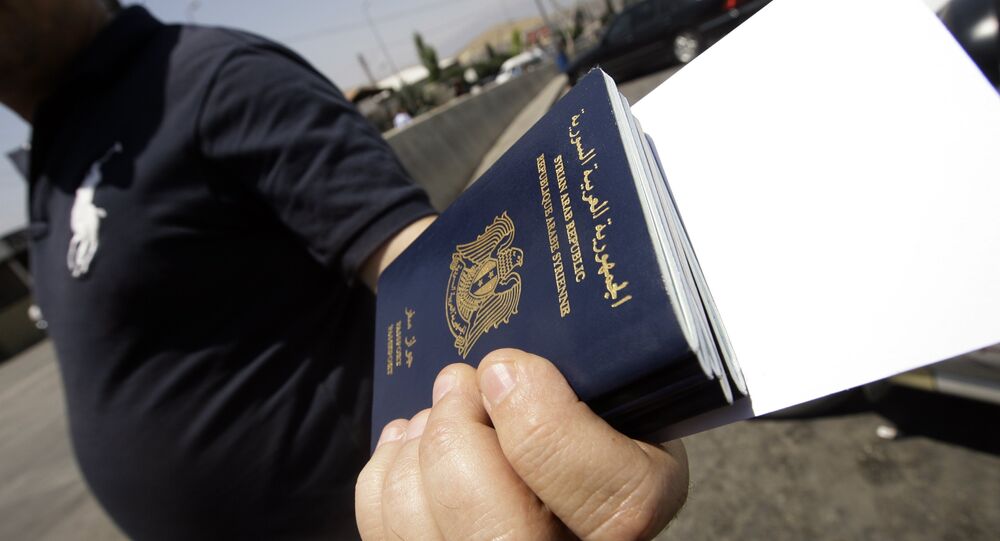 The Islamic State jihadist group (Daesh in Arabic) may be in possession of equipment it uses to print forged passports, according to an intelligence report obtained US media.

MOSCOW (Sputnik) – Estimated to cost anywhere from $200 to $2,000 apiece, forged Syrian passports are a black market commodity. Foreign fighters are said to use the fake documents to cross into Syria through the Turkish border.

"It is possible that individuals from Syria with passports ‘issued’ in these [Daesh] controlled cities or who had passport blanks, may have traveled to the US," ABC News quoted a Homeland Security Investigations (HSI) Intelligence Report as saying Thursday.

Based on information provided by a local source rated with "moderate confidence," the report claims fake passports are "awash" in the Arab republic.

At least one fake Syrian passport has been found next to a suicide bomber in the November 13 Paris attacks that killed 130 people and injured hundreds more. Greek, Serbian and Croatian authorities have registered the passport holder at their asylum facilities in October, raising fears of Daesh fighters arriving on western soil as refugees.