Kurds in Iraq protested Turkey's invasion of Iraq, which is a threat to both the independence of Iraq and the Kurds living in the northern part of the country.

Although Turkey found a friend in Iraqi Kurdistan's most dominant clan leader and current president Massoud Barzani, many Iraqi Kurds have opposed the measure.

On Wednesday, Turkish jets bombed Iraq, hitting the mountainous Qandil region, on the border with Iran, AP reported. According to Turkey, the mountains are home to camps of the Kurdistan Workers' Party, banned in Turkey.

"Yesterday, in multiple provinces of Iraqi Kurdistan there were popular manifestations, which local politicians also took part in. The protest expressed a harsh condemnation of the invasion and quartering of Turkish troops on the territory of a foreign state," head of Kurdish News Network (KNN) Sohayeb Ahmad Kakeh Mahmoud told Sputnik Persian. 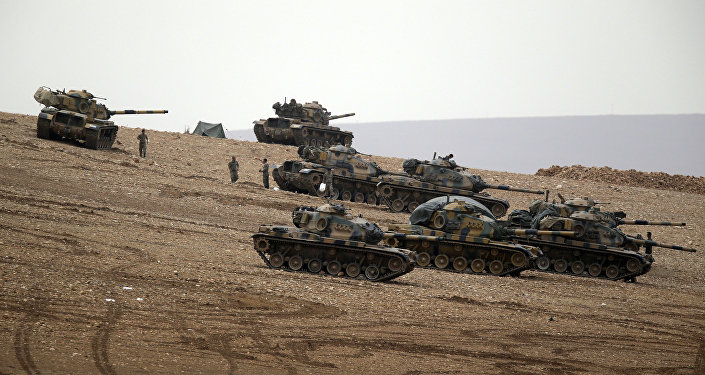 "[Democratic Union Party head Salih Muslim] emphasized that Turkey is violating the territorial integrity of another state. Muslim also made an important statement: Turkey, which is ready to defend its territorial integrity at all costs, even shooting down Russian planes on its border for so-called airspace violations, yet itself invades an independent state," Mahmoud added.

"Despite the Turkish air force now attacking Qandil, the mountainous region bordering Iran, I still believe that Ankara is not ready to open yet another front by starting a war with Iran," Mahmoud said. 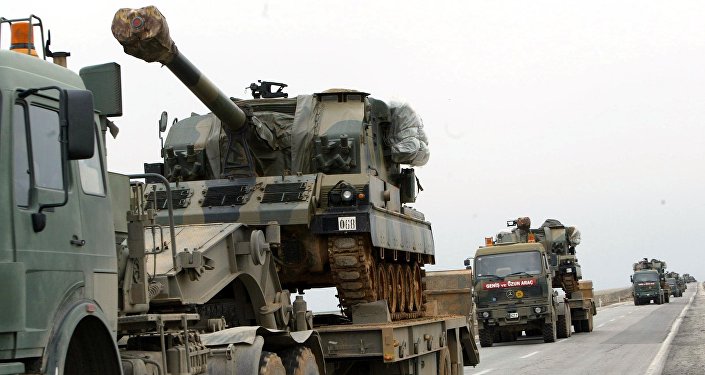 © AFP 2019 / MEHDI FEDOUACH
Turkish Delegation Arrives in Baghdad to Discuss Troops Deployed in Iraq
Turkey has also managed to turn nearly all of its friends in the region into enemies, as Iranian Ettelaat newspaper Abulkasem Kasemzade recently noted, breaking the relationships he once had with Russia, Syria and Iran.

"Turkey has now simply surrounded itself with a circle of confrontation. On one hand, there is cooled Russia, from another, scrapes associated with the exposure of its collaboration with Daesh terrorists, lastly the simply insufficiently considered military operation against Kurds," Mahmoud added.

According to Mahmoud, Syria and Iraq must cooperate to drive Turkish troops out of Iraq, as the invasion, and Turkey's attacks on Kurdish groups in the region, is dangerous for Kurds living in Iraqi Kurdistan.