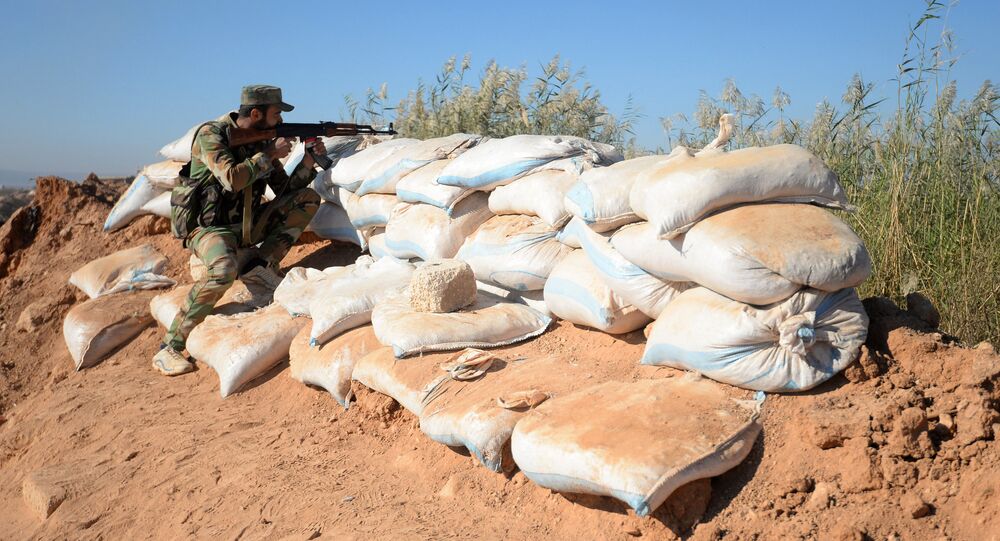 The Syrian army has reportedly launched an offensive against Daesh in the country's southwestern province of Daraa, approaching a strategic border crossing near Jordan.

Sources said that the offensive came after the Syrian forces made "huge advances" in the city of Daraa.

According to sources, the army is currently "within striking distance" of the strategic area, which is better known as the Al-Jamrak crossing.

Earlier this week, government troops attacked jihadists on the outskirts of the city Al-Shaykh Maskin and the town of Ataman in Daraa province.

In a separate development, Syrian forces managed to regain control of vast areas along the strategic Damascus-Homs highway in central Syria from Daesh terrorists.

Dozens of militants were reportedly killed and many more wounded in the clashes that came amid reports that the Syrian forces had detected and destroyed a tunnel used by the Daesh terrorists in the area.

© Sputnik / Mikhail Voskresenskiy
Closing In On Palmyra: Syrian Army Regains Strategic Highway From Daesh
Adding to the army's crackdown on Daesh is the Russian air campaign which kicked off on September 30, when more than fifty Russian aircraft, including Su-24M, the Su-25 and Su-34 warplanes commenced precision airstrikes on Daesh targets in Syria at the behest of Syrian President Bashar Assad.

In particular, the army's offensive in rural northern Latakia was aided by a series of airstrikes from the Russian Air Force, which also targeted terrorists in Aleppo, Idlib, Hama and Homs.