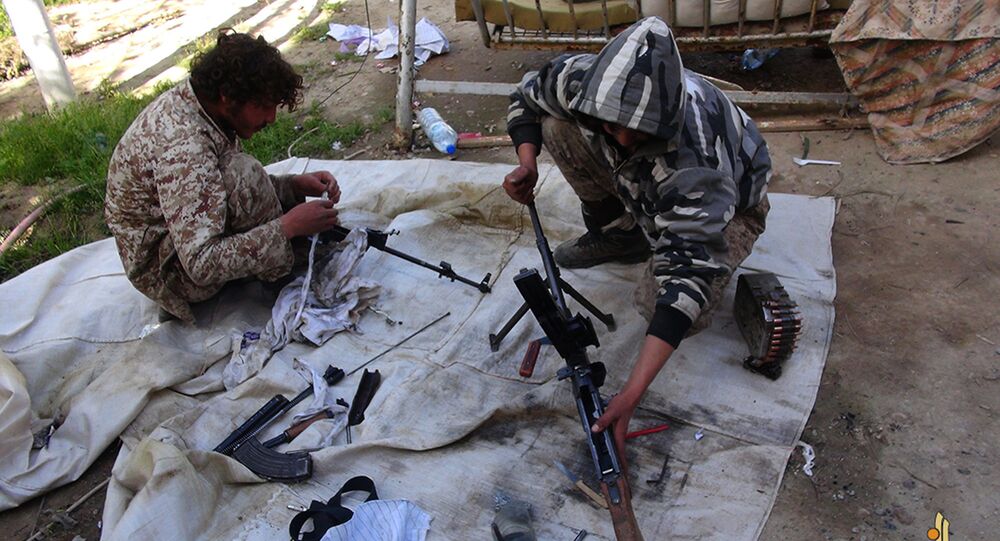 Turkey appears to be the chief external source for explosives used by Daesh, while ammunition prices for the group are rising as a result of limited access to the Turkish border following a Syrian Kurd offensive.

Although Daesh was previously known to smuggle out oil to Turkey, the country is also a chief supplier of explosives for the terrorist group, according to an investigation by the Financial Times.

According to the investigation, Daesh weapon dealers traffic many of their weapons and explosives from Turkey through the border town of Azaz. Daesh is infamous for its use of suicide bombers in battle. According to the report, weapons and ammunition prices for Daesh are rising as a result of reduced access to the Turkish border as a result of a Syrian Kurd offensive.

"There are a number of conduits used to get these materials to Isis. The biggest by far is Turkey. [The UK-based Conflict Armament Research group] discovered that some Turkish companies buying demolition and mining materials, for example, are selling to clients who then secretly pass them on to the jihadi group," FT reporter Ahmed Mhidi wrote.

© CC0
Black Gold Stained With Blood: How Daesh is Making Money Off the Oil Fields in Syria and Iraq
Turkey's construction industry is known to be one of President Recep Tayyip Erdogan's chief backers, with a corrupt relationship that was surfaced by the Turkish Prosecutor General's office in 2014, but it is unknown if there is a direct link between Erdogan and the explosives smuggling. Together with oil, it is one of the industries most closely linked to the Turkish president.

In addition, Daesh is able to bring in large quantities of electronic bomb components, and precursors such as aluminum oxide and fertilizer, according to the report.

Although Turkiey restricts the sale of assault weapons, it also appears to be no problem for gun runners to supply ISIL through Turkey.

In 2014, it was found that much Daesh funding came from donors in Qatar, including members of the royal family. The US Treasury Department enacted sanctions against several Qatari figures for financing al-Qaeda affiliates in Syria, although efforts to sanction Qatar as a state sponsor of terrorism have stalled.

East News/ AP
Lavrov Asks Why Turkey is Bombing US-Allied Kurds in Syria
Some of the guns are also said to be purchased by gun runners from corrupt sources in the Syrian government and Iraqi anti-Daesh militias.