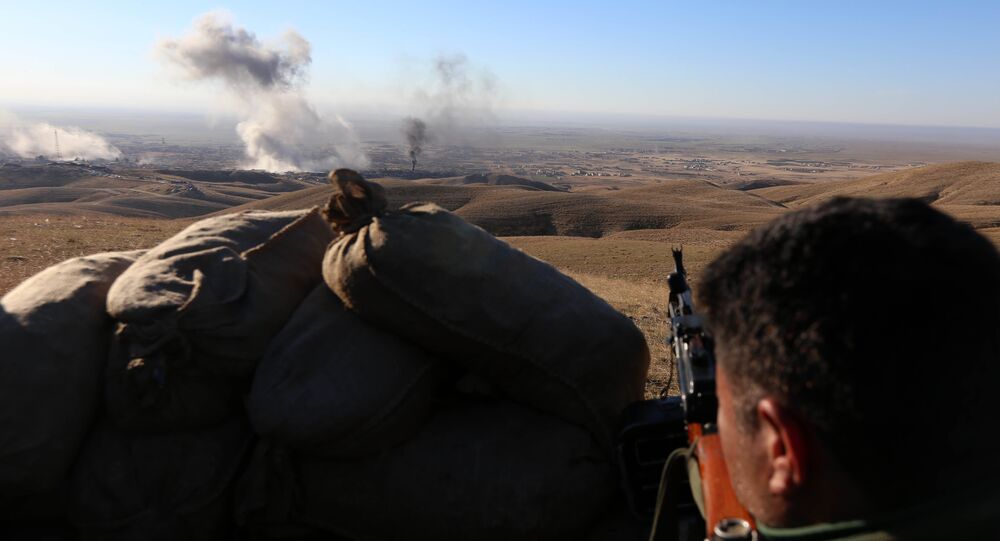 The US, Russia and the wider anti-terror coalition must work closely to coordinate anti-terrorism strategies and their relationship to different parties in the conflict, including the Kurds, US terrorism expert Richard Chasdi told Sputnik.

The serious geopolitical threat posed by Daesh must compel the US, Russia and other allies in the fight against terrorism to coordinate their relationship to important actors in the Syrian crisis, Richard Chasdi said on Tuesday.

​Chasdi describes the latest round of problems in the region as a conflict between the Free Syrian Army, Turkey and the Levant Front, the newly-formed Democratic Forces of Syria alliance, including Kurdish YPG militia, and the Revolutionary Army coalition of rebel groups.

"What has essentially happened is that each side has accused the other of trying to take territory," said Chasdi.

Russian Defense Ministry press service
Russian Military Hails Effectiveness of Kalibr Missiles in Syria Strikes (VIDEO)
"You have the US backing the Free Syrian Army, the US backing the YPG, but Erdogan and Ankara is completely in opposition to the YPG."

"This is especially delicate now because of the establishment of a proto-government of sorts by Kurdish Syrians close to the border," explained Chasdi, a political science professor at the Center for Complex and Strategic Decisions at Walsh College and an internationally recognized expert on global terrorism studies.

"The key issue is Turkey, and there has to be some sort of greater understanding and perhaps pressure for President Erdogan to reassess his intransigent stance with respect to the People's Protections Units and the Democratic Union Party in Syria."

"That begs the larger question of how Turkish leadership will ultimately deal with the Kurdish issue in the middle and long run," and the extent to which the Kurdish party and support movement poses a threat to Turkish national interests, said Chasdi.