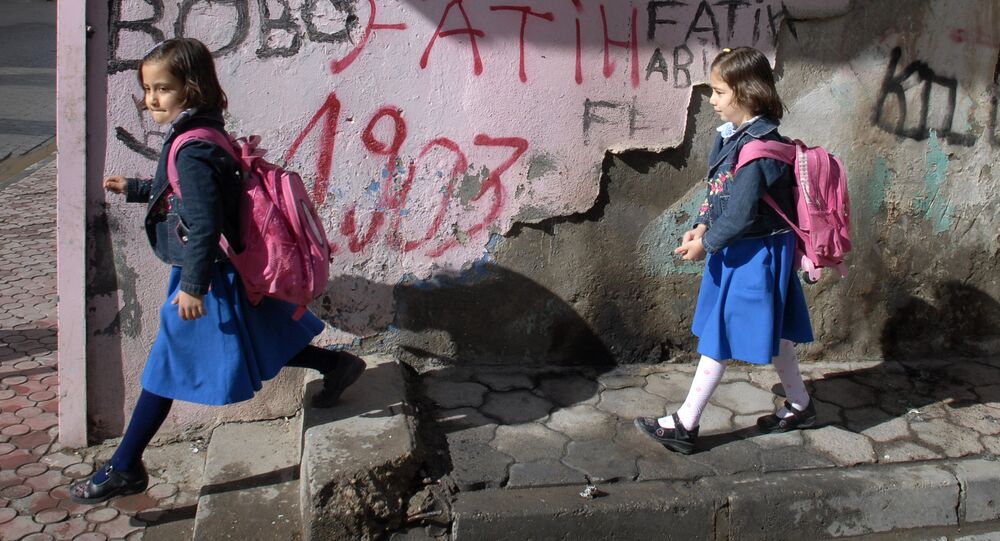 There are major concerns over the rights of young women in Turkey, with a prominent female rights lawyer claiming that there are 180,000 child brides in the country, while one-third of all marriages involve underage girls.

"There are 181,036 child brides in our country, unfortunately," lawyer Nuriye Kadan, an executive member of the İzmir Bar Association Central, said following an investigation into underage marriages and child brides in Turkey.

Ms Kadan's address to a conference on the matter has highlighted some of the issues involving underage brides in Turkish society.

According to recent research, a third of all marriages in Turkey are between and older man and a child, with Kadan emphasizing that child marriages are "a major violation of children's rights" that needs to be addressed.

While the issue of child brides has been a longstanding issue in Turkey, many researchers believe the situation is getting worse given the current economic and political situation, with the influx of refugees from Syria and Iraq thought to have pushed the numbers up.

Turkey has officially 181036 child brides and is still a cand. for Merkel, to join EU. What a sick joke https://t.co/OdvdlVcsHT

While the legal age for women to marry is 17, many unions can be approved at the age of 16, if it can be proved that there are "exceptional circumstances" supporting the marriage.

Despite the legal restraints, Kadan says many people are subverting the laws in Turkey.

"Some 97.4 percent of the students who do not further their education for marital reasons are female," she added, saying medical complications arising from pregnancy was responsible for the deaths of young girls between the ages of 15 and 19.

'Forced Child Marriages Should Be Punished'

While President Recep Erdogan has described female affairs in Turkey as the country's "bleeding wound", he has also been accused of holding chauvinistic views after saying that men and women cannot be put on an "equal footing."

"Child marriages occasioned by force and threats should be punished," he said, adding that child marriage is not defined as a criminal act in Turkey.

"Marriage should be based on free will according to international law," said Professor Erdem.

He said Turkey's signing of the 2011 Council of Europe Convention on preventing and combating violence against women "mandates the enactment of laws which regard intentional acts forcing any adult or child into marriage as a 'crime.'

"Forced marriage should not be left unpunished."