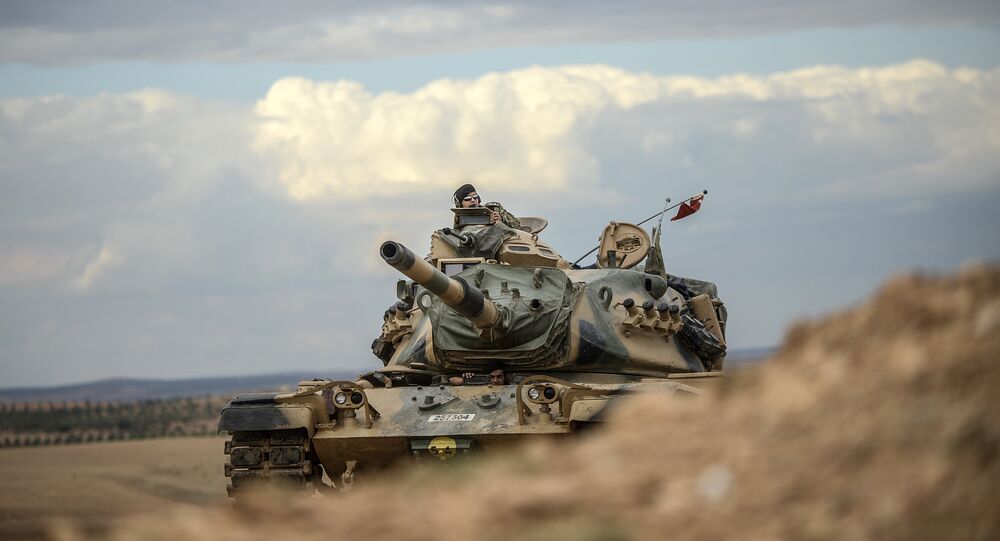 After illegally invading Iraq and being asked to leave, Turkish troops remain in the country's territory, the Iraqi Defense Ministry spokesman told Sputnik.

© AP Photo / Frank Franklin II
UN Security Council to Address Issue of Turkish Troops Entering Iraq
The troops are said to be training fighters linked to Masoud Barzani, leader of one of the country's Kurdish factions. His party is rivals with that of the former Iraqi President and Kurdish leader, Jalal Talabani.

© AP Photo / Karim Kadim
Iraqi Forces on Standby to Take Action if Turkey Refuses to Withdraw Troops
Abadi previously said that the deployment of Turkish servicemen on Iraqi territory had been carried out without the consent and knowledge of the Iraqi authorities and represented a violation of sovereignty and a breach of the principles of good neighborliness.