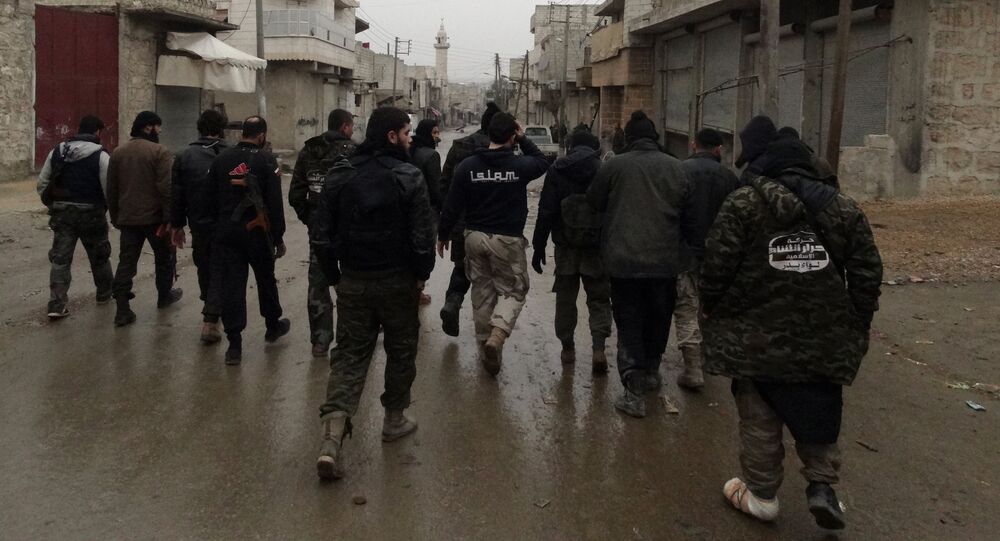 The world’s major powers plan to convene in Saudi Arabia on Tuesday for talks on the establishment of a 'Syrian opposition', which will negotiate with President Assad on the creation of a transition government. However, the participants must sort out which factions should be labelled terrorists and which should be seen as the legitimate opposition.

“Sorting out who is a terrorist and who is a legitimate member of the anti-government opposition in Syria among the myriad armed groups is a primary focus of the international effort to end a civil war that has lasted nearly five years, killed more than 250,000 Syrians, and fueled the rise of extremism,” says the Washington-based magazine Foreign Policy.

“While there is broad agreement that the Islamic State (also known as Daesh) will be excluded from political talks, the key international players — including Russia, Iran, the United States, Turkey and Saudi Arabia — have widely divergent views on which groups should be included,” it adds.

© Sputnik /
Saudi Summit to Unify, Prepare Syrian Opposition for Talks With Assad - DOS
The magazine also acknowledged that another jihadist group, “Syria’s most prominent al-Qaeda affiliate, al-Nusra Front", has already been "designated as terrorist group by the UN Security Council.”

The most heated debates are now around the Ahrar al-Sham, a close ally of al-Nusra Front and a member of an alliance, named Jund al Malahim (“Soldiers of the Epics”), the latest in a series of jihadist-led coalitions.

Saudi Arabia has invited the group to Riyadh in an attempt to legitimize it as a possible player in the transition government. However Russia insists that it should be added to the list of terrorist organizations on the ground.

© AFP 2020 / MAHMUD AL-HALABI
An opposition fighter from the Ahrar al-Sham Brigade, part of the Islamic front coalition, fires a machine gun during clashes with government forces as he defends the Marjah neighbourhood of the northern Syrian city of Aleppo on January 27, 2014

Meanwhile, the US “has stopped short of blocking Ahrar al-Sham from the peace talks but has voiced concerns over its links to al-Qaeda’s affiliate in Syria,” the magazine says.

“The United States has previously expressed concerns about Ahrar al-Sham’s links to al-Nusra Front. But it has never designated the group as a terrorist organization, leaving the door open for possible cooperation in the future,” the outlet adds.

© AFP 2020 / KARAM AL-MASRI
The Land of Terror: Is Daesh Syria’s Only Deadly Menace on the Ground?
“Recently, Washington has been more willing to explore the possibility of a role for Ahrar al-Sham — as long as it backs international efforts to reach a political settlement with the Syrian government, according to diplomats tracking the process.”

Just to make it more clear, Ahrar al-Sham is “a group formed by former Islamist prisoners and Iraqi war veterans, [which] was one of the first armed movements to arise in Syria,” according to a definition of the news website Syria Deeply.

It has “an extremely efficient structure and is fully backed by Turkey and clerics and countries in the Gulf, its Salafist ideology and nationalist goals has rendered it a powerful “swing voter” in the battle over the ideological direction of Syria’s opposition.”

The group is also a member of another alliance, Jaysh al Fateh (“Army of Conquest”),which included fighters from al-Nusra Front and other extremist Islamic factions seeking to topple the Syrian regime.

“They are very tight with al-Nusra,” the magazine quotes Joshua Landis, the director of the University of Oklahoma’s Center for Middle East Studies, as saying.

© AP Photo / Militant website via AP
Gifts From Uncle Sam: Al-Qaeda Wages War in Syria With US Weaponry
However one Western diplomat, whose name was not revealed, said “the issue could be resolved if the militant group plays its cards right.”

“We don’t view Ahrar al-Sham as a major sticking point,” he is quoted as saying. “If Ahrar al-Sham is willing to abide by a political process and negotiations towards transition, then it should not be excluded. Nor should it be a legitimate target.”

“While “we don’t have a 100 percent assurance that they will totally disassociate themselves from al-Qaeda and become the moderate group we would like them to be, we should give them a chance,” the magazine also quotes Najib Ghadbian, the US representative of the Syrian National Coalition, as saying.

Meanwhile, the group apparently is going through a moderate ideological transformation “to cast themselves as moderate militants” and find its place among the legitimate opposition groups.