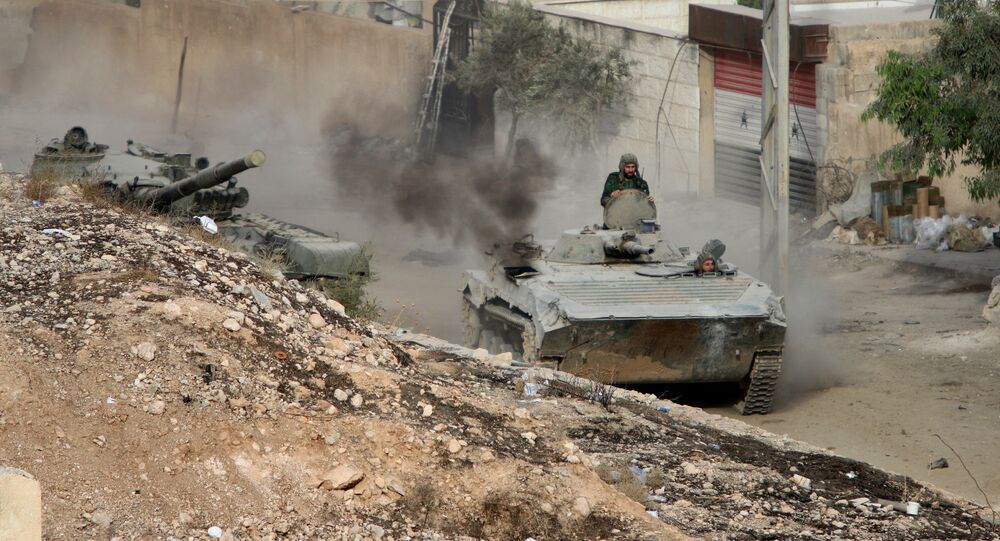 To make a major push toward a resolution of the Syrian crisis, the US should embark on tactics that were successfully used in Bosnia in the 1990s and bring to the negotiating table such powers as Russia, Iran, Saudi Arabia and Turkey, a retired American general claims.

© Photo : Youtube/PressTV Documentaries
Is Daesh Capable of Taking Over Afghan Territory?
Daesh, also known as ISIL/the Islamic state, may be defeated only by joint military forces, Wesley Kanne Clark, retired General of the United States Army and the former head of NATO Allied Powers in Europe said in an interview with CNN.

But to achieve this goal, in Clark’s opinion, the US should, first of all, come to some resolution with Russia regarding how long present Syrian leader Bashar al-Assad should stay in power.

The former army commander claimed that the conflict in Syria doesn’t resemble those in Vietnam, Iraq or Afghanistan, saying that any settlement could only be made through political means. Consensus is needed that would mitigate frictions between the aspirations of Iran supported by Russia on the one hand and Saudi Arabia with Turkey on the other. That is the only option that would allow creating an alliance focused the on anti-Daesh fight, he stressed.

© Sputnik / Pavel Lisitsyn
Syria Right to Hit NATO Warplanes
If this plan worked out, Clark continued, the powers would only have to jointly combat militants moving from Iraq to Syria, noting that there is one significant difficulty that would impede fully resolving of the crisis. The point is that Daesh is not a regular army, and when they start to lose ground, the militants will disperse among the civic population, further acting like occupation forces, Clark pointed out.

“Go back to the way we did it in Bosnia in 1990s. We put together a plan, we brought the parties together, and we said we would put ground troops there under certain conditions. And we could do the exact same move here,” he said, explaining his vision of the resolving plan for Syrian conflict. “[It’s] tougher situation [in Syria], but we could set up conditions, such that bring Iran, Saudi Arabia and Turkey together. And then everybody works against ISIS [Daesh].”

Still, the way toward resolving the crisis will be long and difficult amid the prospects of the continuous emergence of various rebel and jihadist groups not associated with Daesh. But for the first step, Clark concluded, the US has to compromise with Russia on how long Assad would rule Syria.

Is Daesh Capable of Taking Over Afghan Territory?