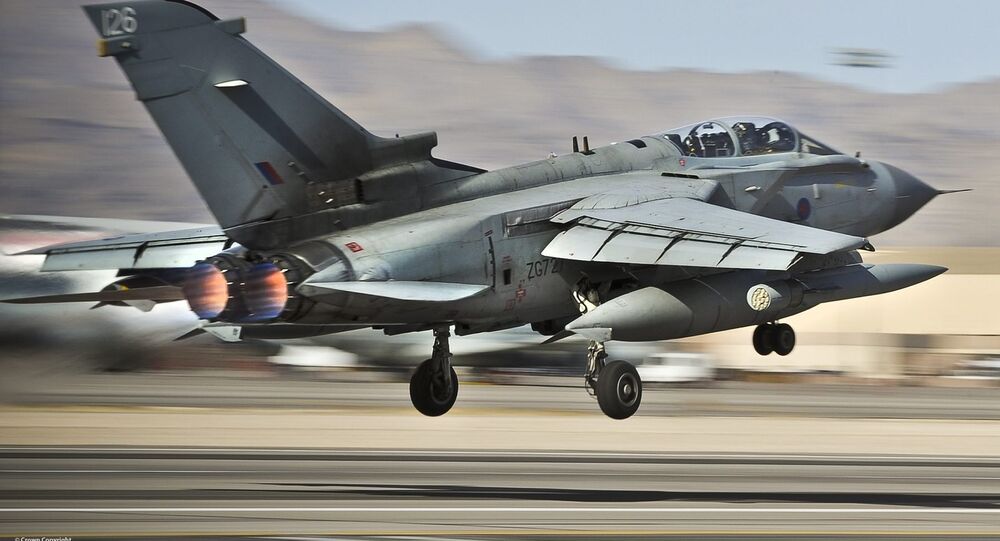 LONDON (Sputnik) — On Wednesday, the British parliament voted in favor of extending airstrikes against ISIL (Daesh in the Arab world) to Syria.

"We will hit them harder. We are asking you to hit their command and control centers, their sources of revenue," Fallon said on his visit to the British Akrotiri military base in Cyprus.

© REUTERS / Russell Cheyne
UK Aviation Conducts Airstrikes on Daesh Oil Fields in Syria
According to him, the terrorist group, prohibited in Russia, is "a new kind of enemy."

"It is not because of what we do but who we are that we face this death cult. This campaign is not going to be short or simple. They don't want to negotiate and they don't ask for anything," Fallon stressed.

The UK government is not aware of civilian casualties after the first airstrikes in Syria against Daesh, Fallon added.

"These targets are very carefully selected to minimise any risk to civilians or collateral damage."

"We have not set a timescale, but there is now political process underway alongside the military operation that will lead, we hope, to a new settlement in Syria, new type of government that eventually would be able put its own forces into the fight against ISIL (Daesh) as the civil war ends," Fallon told Sky News broadcaster.