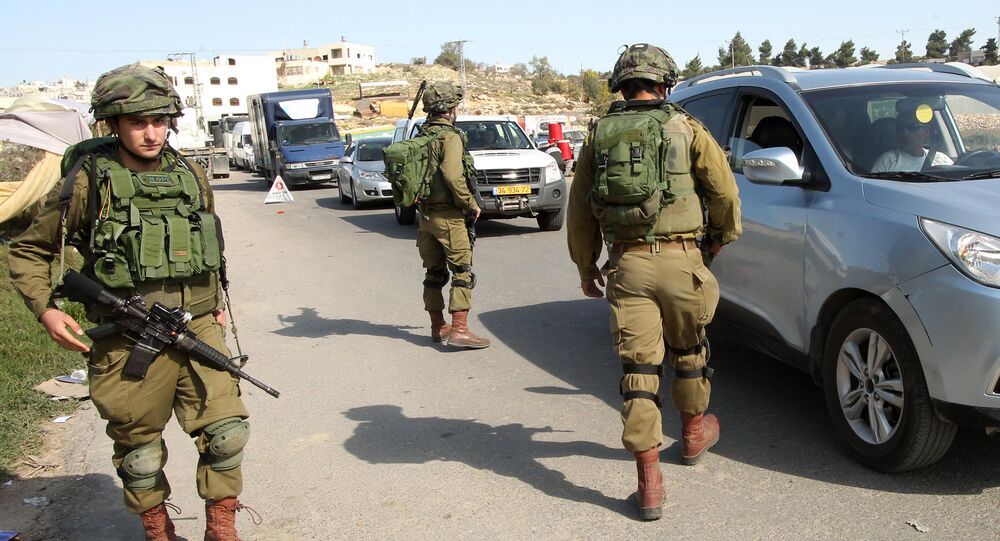 Four Israeli soldiers were wounded and their four Palestinian attackers killed Friday, the latest in weeks of violence challenging Israel's control over the occupied West Bank and east Jerusalem.

In the first attack, which took place overnight in the city of Hebron, two Palestinians stabbed an Israeli soldier before being shot dead, the army said in a statement obtained by AFP.

"Two assailants stabbed a soldier in Hebron. In response to the threat, forces fired at the attackers, resulting in their death."

Later, in the settlement of Ofra, in the northern West Bank, an attacker drove a car at Israeli soldiers, injuring two of them. The driver was fatally shot, an army statement said.

"A Palestinian rammed his vehicle at IDF (Israel Defense Forces) soldiers. In response forces on site fired at the assailant."

© AFP 2021 / Gali Tibbon
Is YouTube in Cahoots With Israel to Censor Palestinian Videos?

Hours earlier and just 12 miles away, a Palestinian stabbed and wounded an Israeli soldier before being shot dead.

"The assailant exited his vehicle and stabbed the soldier in the neck" at a checkpoint, a statement said.

Palestinians have become frustrated over decades of failed peace talks and the ongoing occupation of the West Bank and east Jerusalem.