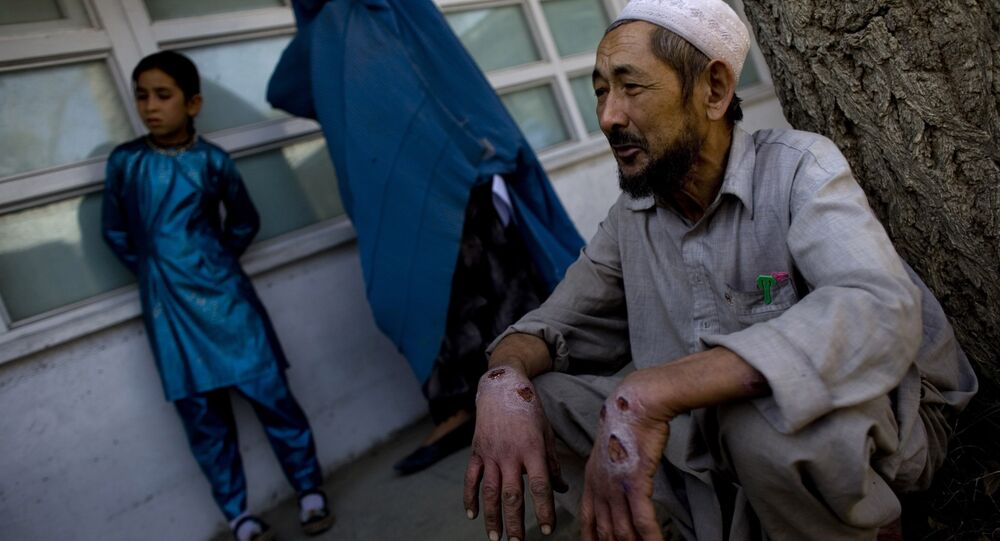 Militants from the Daesh terrorist group, also known as ISIL/the Islamic State, are responsible for spreading a terrifying "flesh-eating" disease across Syria by dumping dead bodies on the streets.

The disease is caused by protozoan parasites carried by infected sand flies. Its symptoms include large gaping wounds in which the surrounding flesh also deteriorates. If not treated properly, the disease can be deadly.

The first case was discovered in 2013. By now, the number of casualties stemming from the disease has increased dramatically in rural Syria, and it continues to spread rapidly. Experts say it is the result of Daesh' abhorrent practices.

"As a result of abominable acts by ISIS [Daesh] that included the killing of innocent people and dumping their corpses in streets, this is the leading factor behind the rapid spread of Leishmanisis disease," the head of the Kurdish Red Crescent told Rudaw, a Kurdish media outlet.

Physicians with international medical organization Doctors Without Borders reportedly tried to stop the spread of the disease last year, but had to abandon their endeavors when Daesh militants enhanced their attacks and destroyed many of the country's medical centers and hospitals.

"We did not have knowledge about this deadly disease before," one Syrian Kurdish fighter said, according to the Mirror. "We have been fighting on the battlefield for almost four years and this disease basically generated from embattled areas of Tal Hamis, Hon and Qosa."

As if the havoc wreaked by the terrorists wasn't enough, the disease reportedly is most prevalent in regions suffering from poverty, starvation and deforestation — all consequences of Daesh attacks. According to the World Health Organization, 1.3 million new cases of Leishmanisis disease and 20 000 to 30 000 deaths occur every year.