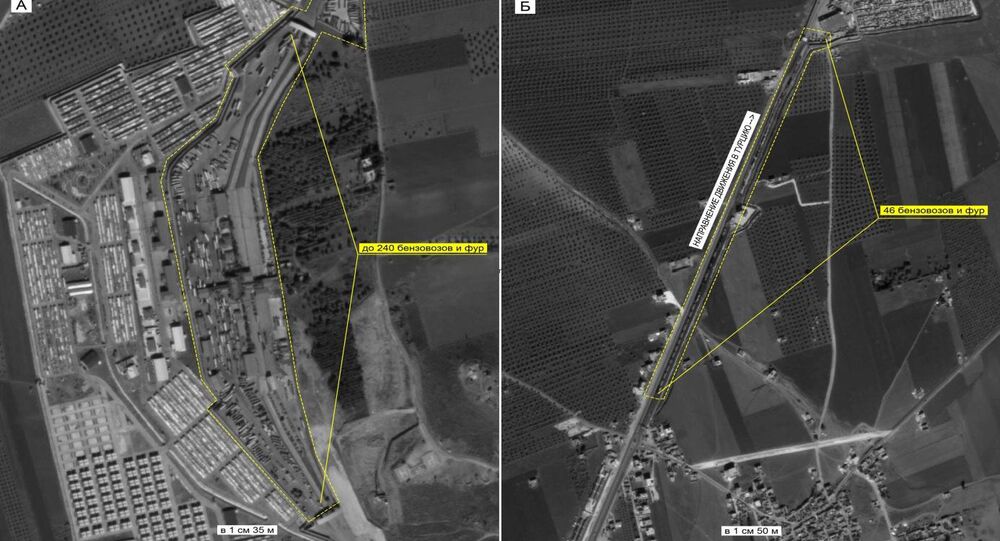 Russia's envoy to NATO said that the military bloc would not condemn its member Turkey for collaboration with Daesh because Brussels "tries to shift responsibility to others".

MOSCOW (Sputnik) — NATO will not publicly blame Turkey for it's alleged collaboration with militants from the Islamic State (IS, or Daesh in Arabic) jihadist group, Russian Envoy to NATO Alexander Grushko said Friday.

"I am convinced that NATO will not condemn Turkey for this defection, because, as we have repeatedly seen, the considerations of political expediency play a crucial role for NATO, and, usually, no matter what happens, NATO tries to shift responsibility to others," Grushko told Rossiya-24 TV channel.

On Thursday, President Vladimir Putin, in an address to parliament, said Russia was aware of who in Turkey was profiting from the stolen oil and the recruitment of fighters, adding that no contact or business with terrorists should be tolerated.