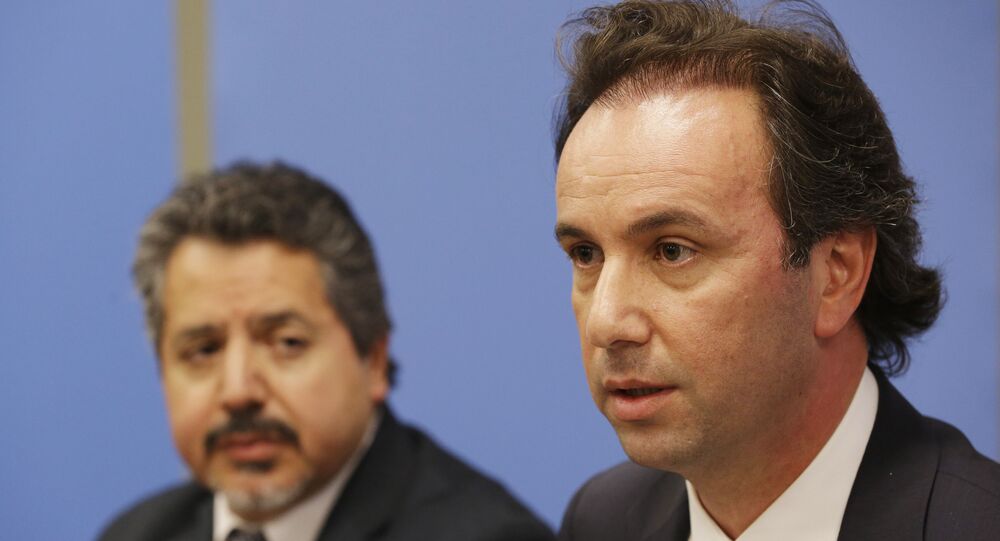 Director of the Organization for Democracy and Freedom in Syria Ribal al-Assad told Sputnik he opposed the idea of gathering Syrian opposition members in Saudi Arabia next week.

WASHINGTON (Sputnik), Leandra Bernstein – Riyadh is scheduled to host Syria’s primary political opposition factions on December 8, including 20 members of the Western-backed Syrian National Coalition. The meeting comes ahead of a January 1 deadline set last month by 20 regional powers in Vienna for talks between the Syrian government and opposition groups.

"What are we going to tell the Syrian people? We are bringing an opposition coming directly from Saudi Arabia," Ribal al-Assad said. "We got the instruments of democracy now that they took new democratic courses."

© AFP 2021 / OZAN KOSE
Saudi Authorities Invite 65 Syrian Opposition Members to Riyadh Conference
He reiterated an assertion he made to Sputnik in a previous interview on November 13 that Saudi Arabia, Qatar and Turkey are "becoming a burden" on the US-led anti-terrorist alliance in light of their implicit and well-documented support for Salafist extremists and the Muslim Brotherhood.

On Wednesday, the Russian Defense Ministry provided satellite images of oil trucks massing at the Turkish-Syrian border as evidence of illegal oil smuggling from Syria into Turkey. Deputy Defense Minister Anatoly Antonov accused Turkish President Recep Tayyip Erdogan and his family of direct involvement in an illicit oil trade carried out by the Islamic State jihadist group (known as Daesh in the Arab world), outlawed in Russia.

"It is going from bad to worse," Ribal al-Assad observed.

Saudi Arabia is among the world’s top state executioners and is routinely criticized by human rights groups for beheadings and inhumane executions. The kingdom is part of a 60-member coalition led by the United States carrying out airstrikes against Daesh in Iraq, without a UN Security Council mandate or permission from the Syrian authorities.

Saudi Arabia Imposing Own Plans of New Government on Syria