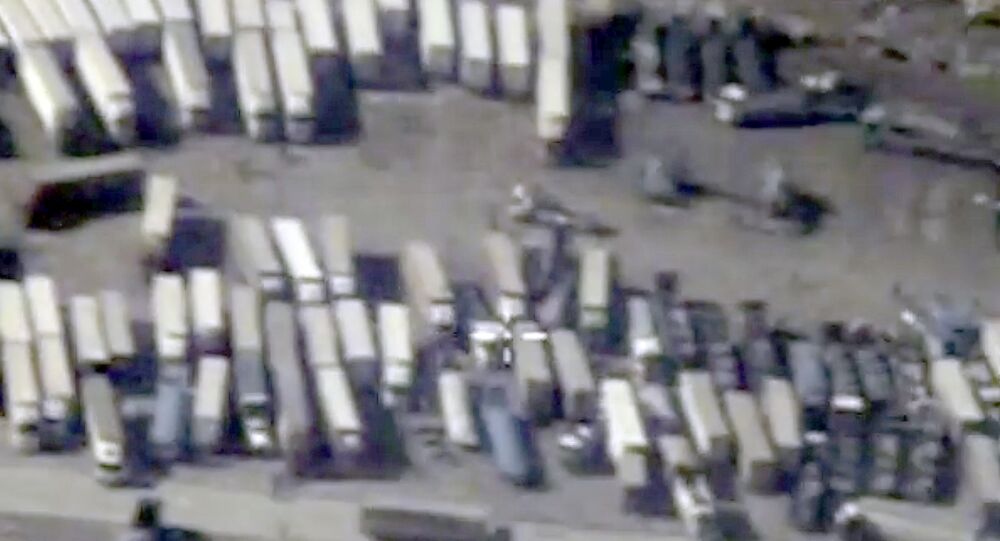 Turkey is the only country in the world that can buy the majority of illegal oil smuggled by Daesh (also known as ISIL or the Islamic State), the Organization for Democracy and Freedom in Syria director told Sputnik on Friday.

"The only country that could logically be buying from ISIS [Daesh] is them. And the international community, we have known for a while that all those fighters going to join the terrorist group were coming through Turkey and no other country," Ribal al-Assad said.

© AFP 2021 / FABIO BUCCIARELLI
This is How Turkey's Oil Trade With Daesh Works
Turkey responded to the Russian reports by accusing Moscow and Damascus of alleged participation in the Daesh oil trade. Ribal al-Assad said that war-torn Syria does not have $2 billion to pay for smuggled oil and that the accusations aimed at Damascus were absurd.

The NGO director stated that Damascus could not trade oil with Daesh because it would mean giving money to those who seek to take more territory and resources from the Syrian government.

On Thursday, President Vladimir Putin in his address to the parliament said Russia was aware who in Turkey was earning money from the stolen oil and recruitment of fighters, adding that no contacts or business with terrorists should be allowed.