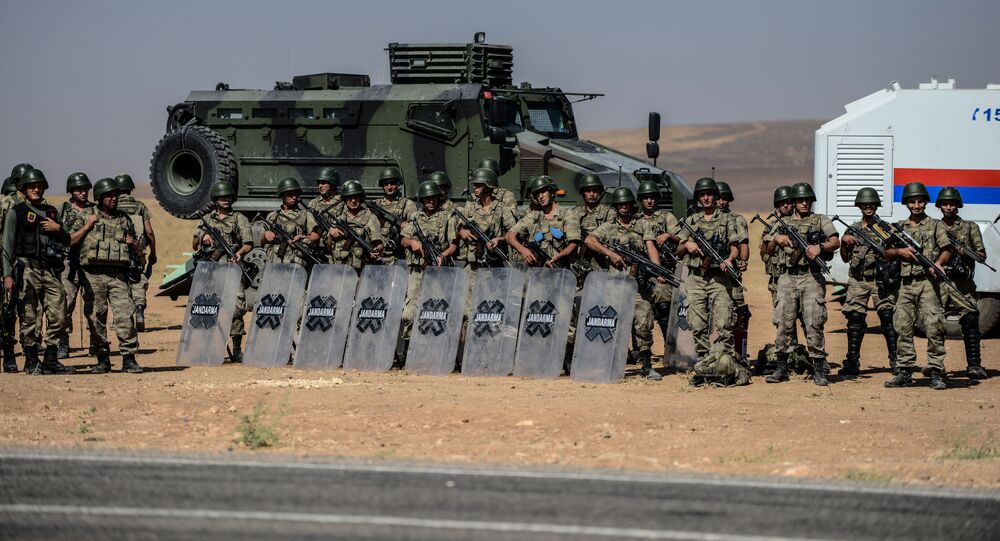 Turkey has refused US demands to close the part of the border with Syria which is controlled by Daesh (Islamic State) militants, local media reported.

© AFP 2021 / FABIO BUCCIARELLI
This is How Turkey's Oil Trade With Daesh Works
Ankara said that it is impossible to close the border and Daesh terrorists may boost their forces in response, according to The Hurriyet Daily News.

Turkish Prime Minister Ahmet Davutoglu also underscored that if the border is closed Ankara will not be able to accept refugees from Syria.

However, closing the border along the area controlled by Daesh would create obstacles for smuggling the oil Turkey buys from the terrorists. Recently, Russia accused Ankara of buying illegal oil from militants in Syria and transporting it to three ports across the Turkish-Syrian border.

The Russian Defense Ministry provided evidence of Turkey buying and transporting illegal oil, including images of oil-carrying tank trucks near the border. The ministry claimed Prime Minister Tayyip Erdogan and his family are involved in selling illegal oil.

Earlier, Washington proposed to close 98 kilometers of the Turkish-Syrian border and deploy additional forces to the area. According to estimates, the measure would require nearly 30,000 troops and building watchtowers each three meters along the borderline.

© Sputnik / Boris Babanov
Elements in Turkey Likely Involved in Daesh Oil Smuggling - Ex-Ambassador
Davutoglu said the county does not have enough money and asked the US to partially fund the initiative.

Earlier, a representative of the US State Department admitted that illegal oil from Syria has been delivered to the Turkish market. Washington asked Ankara to close the border. The US also said it did not believe Erdogan was involved. However, its stance toward Erdogan may change if the border remains open for oil smuggling.