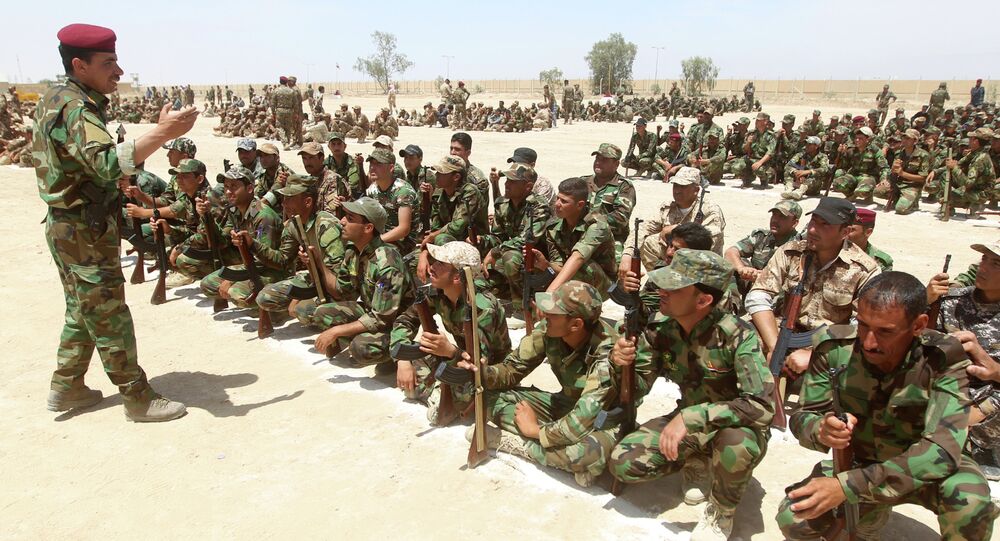 Commanders of the Iraqi popular forces have claimed the US is hindering the start of the final phase of the operation to regain control of Ramadi, the capital of Anbar province, seized by Daesh (ISIL).

© AP Photo
Shiite Militias Threaten to Fight US Special Forces in Iraq
"The US bargains and pressures on the Baghdad government have prevented accomplishment of the Ramadi liberation operation," Abu Yousef al-Khazali, a commander of Seyed al-Shohada battalion, told FARS News.

"The US has long been seeking to force the government to stop using the popular forces in military operations against ISIL, especially in the liberation operations conducted in different Iraqi regions," he added.

A representative of Iraq’s popular forces also told FARS News that the US interference has distorted plans to free Ramadi.

A commander of the Iraqi volunteer forces complained that US meddling has hindered their victory over the Takfiri terrorist group and prevented them from taking control over the strategic cities of Ramadi and Fallujah.

Commander of Imam Khamenei Battalion Haidar al-Hosseini al-Ardavi accused the US of taking maximum efforts to prevent mop-up operations by the popular forces in the province of Anbar. According to him, the meddling will also affect the advances by the Iraqi forces against terrorists in other provinces.

© Sputnik / Grigoriy Sysoev
Washington's Double Life? Iraqis Accuse US of Being in Cahoots With Daesh
In September, an Iraqi analyst said that the US was using tribesmen in Anbar to pressure the government to keep the popular forces away from the battlefield in the region.

Spokesperson of the Iraqi Foreign Ministry Ahmad Jamal announced in September that Baghdad had rejected Washington’s demand to deploy US ground forces to Iraq to fight Daesh.

In September, the Iraqi popular forces also voiced their opposition to a partnership with US forces in fighting the terrorists in Anbar.

US to Deploy ‘Around One-Hundred’ Additional Troops to Iraq