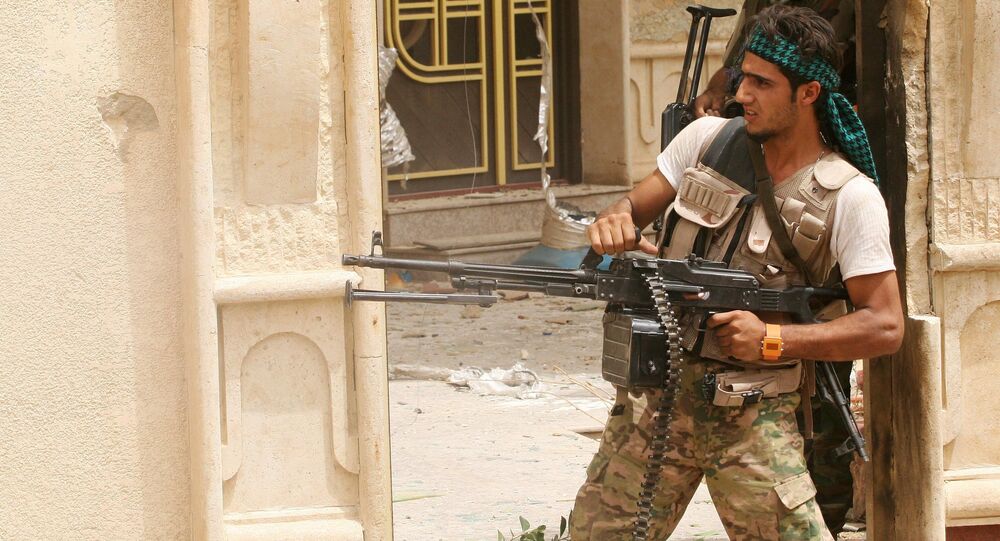 Shiite Militias Threaten to Fight US Special Forces in Iraq

US Defense Secretary Ashton Carter announced its intention to send a new expeditionary group of special operations troops to Iraq, prompting Shiite militias to respond by stating that that they'd fight any American forces who arrive.

© AFP 2021 / MARTIN BUREAU
Combat Evolved? Obama Promises No 'Iraq-Style Invasion' Against Daesh
Iraqi Shiite militias vowed to fight any US Special Forces sent to carry out operations in Iraq, after US Defense Secretary Ashton Carter announced the deployment of some troops there.

"In full coordination with the government of Iraq, we're deploying a specialized expeditionary targeting force to assist Iraqi and Kurdish Peshmerga forces and to put even more pressure on ISIL (Daesh)," Carter announced on Tuesday.

"These special operators will over time be able to conduct raids, free hostages, gather intelligence and capture ISIL (Daesh) leaders."

However, Iraqi President Haider al-Abadi responded to the announcement by praising the performance of Iraq's own special forces against Daesh, and said there was no need for foreign ground combat forces in Iraqi territory.

"The Iraqi government stresses that any military operation or presence of any foreign force, special or not, in any place in Iraq cannot be done without its approval and coordination with it," said al-Abadi on Wednesday.

© Sputnik / Grigoriy Sysoev
Washington's Double Life? Iraqis Accuse US of Being in Cahoots With Daesh
Al-Abadi's statement was prompted by the negative response of Iraqi parliamentarians and powerful Shiite militia, who have fought effectively in support of government armed forces against Daesh.

"We will chase and fight any American force deployed in Iraq. Any such American force will become a primary target for our group. We fought them before and we are ready to resume fighting,” said Jafaar Hussaini, a spokesman for Kata’ib Hezbollah, one armed Shiite group.

"All Iraqis look to (the Americans) as occupiers who are not trustworthy," said Muen al-Kadhimi, a senior aide to Hadi al-Ameri, leader of the Badr Organization.

The Badr Organization is a political party with links to Iran, which forms part of Iraq's Popular Mobilization Forces (PMF). The PMF is an Iraqi state-run umbrella organization comprised of scores of armed groups fighting the Islamic State.

The US currently has about 3,500 US troops in Iraq, who were stationed there to advise and assist Iraqi forces. On Sunday, amid fears that the US is losing influence in the region, Republican senators John McCain and Lindsey Graham called for Washington to nearly triple military force levels in Iraq to 10,000, and send another 10,000 troops to Syria.