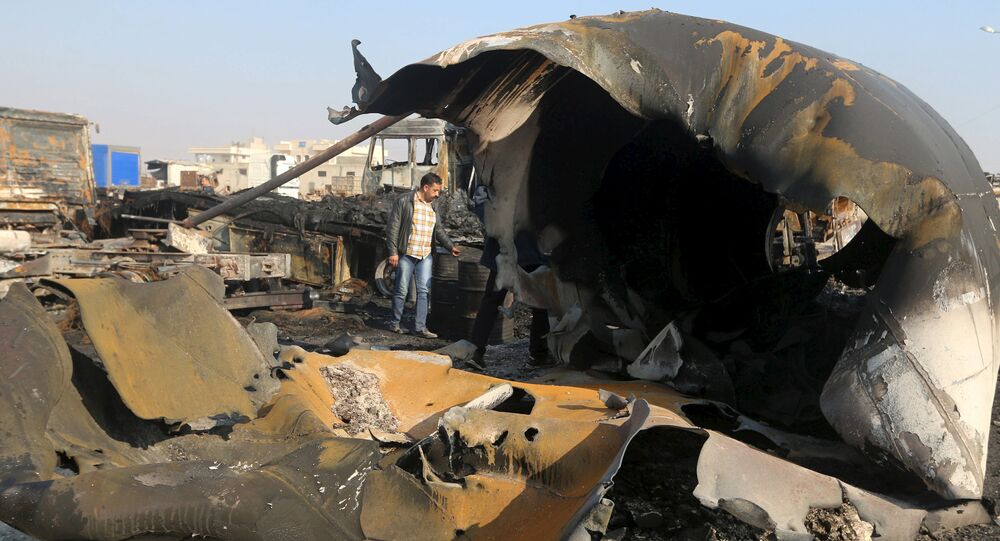 Turkey and the Islamic State’s collaboration on oil smuggling only scratches the surface of a much deeper and broader criminal partnership, one that oversees a variety of illicit activities ranging from human trafficking to financial scams with operations that stretch from Ankara to Amsterdam, experts told Sputnik.

"Daesh is entirely an organized crime operation in partnership with the Erdogan family," security consultant and Veteran’s Today senior editor Gordon Duff told Sputnik on Wednesday. "The Erdogan family and their friends run organized crime in Austria, in Germany, in the Netherlands… which includes human trafficking on a massive scale, narcotics trafficking [and] credit card fraud."

One year ago today, Duff noted, he delivered this very same message to Syrian officials during a conference in Damascus, outlining the wide range of criminal enterprises operated by the Erdogan and Daesh mafia syndicate.

With respect to the illicit oil trade, he explained, Daesh collaborates with a trucking and marine transportation company owned by Erdogan’s son, Bilal, that smuggles oil from Syria and Iraq into Turkey for export abroad.

"Now there are a series of pipelines across Turkey, more than anyone knows, some closer to the Iraqi-Syrian border than the typical drawings you’ll see, that offload into the Mediterranean and take oil to places like the United States for sale," Duff claimed.

On Monday, Russian President Vladimir Putin said Russia had received additional evidence that oil from fields controlled by Daesh, which is prohibited in Russia, were being transported to Turkey on an industrial scale.

"Turkey has been a major crossroads for narcotics, weapons and human trafficking to Europe for decades," Gould and Fitzgerald said. "If Washington needs friends like this it’s getting what it deserves."

Erdogan responded to Russian accusations of his family's involvement in IS oil smuggling by claiming he would resign if unquestionable evidence on the matter was presented.

On Wednesday, Russian Foreign Minister Sergei Lavrov said Russia would hand over to the United Nations and all interested countries solid proof of Turkey's involvement in illicit oil trade with terrorists.