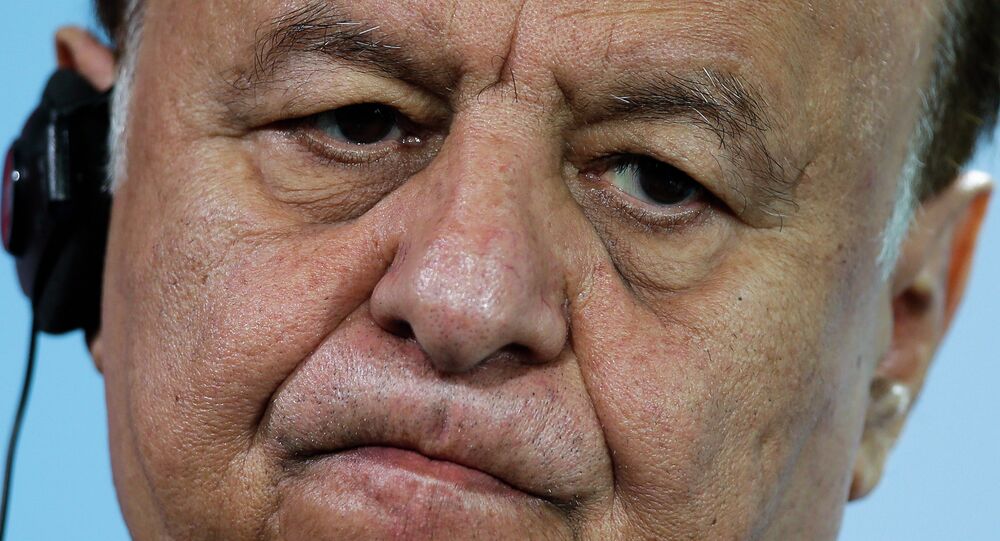 A source in a court in the Yemeni capital of Sanaa, controlled by Shiite Houthi rebels, said that the court has instituted a legal proceeding on treason charges against the country’s authorities, including the president.

SANAA (Sputnik) – A court in the Yemeni capital of Sanaa, controlled by Shiite Houthi rebels, has instituted a legal proceeding on treason charges against the country’s authorities, including the president, a source in the court told Sputnik on Wednesday.

© AP Photo / Hasan Jamali
Yemen President Receives Updated UN Agenda on Talks With Houthis
The Yemeni government has been forced to relocate to Aden – a seaport city in the country’s south — as Sanaa is occupied by the Houthis. Yemen’s President Abd Rabbuh Mansour Hadi joined the Yemeni cabinet in Aden on November 17, after being in exile in Saudi Arabia.

"The General Prosecutor’s Office has sent criminal cases concerning seven top-ranking members of the country’s government for legal prosecution. The Criminal Court, which specializes in matters of terrorism and security of the state, begun today the first hearing of charges of treason and assistance to the 'Saudi enemy' in the destruction of the country," the source said.

The charges were brought against the president, three of his advisers, a former Saudi Arabian foreign minister, the Yemeni ambassador to the Unites States, and the head of the country’s national security body.

Yemen has been engulfed in a military conflict between the government and the Houthi opposition movement, who have been supported by army units loyal to former Yemeni President Ali Abdullah Saleh. Since late March 2015, a Saudi-led coalition has been carrying out airstrikes against Houthi positions at Hadi's request.