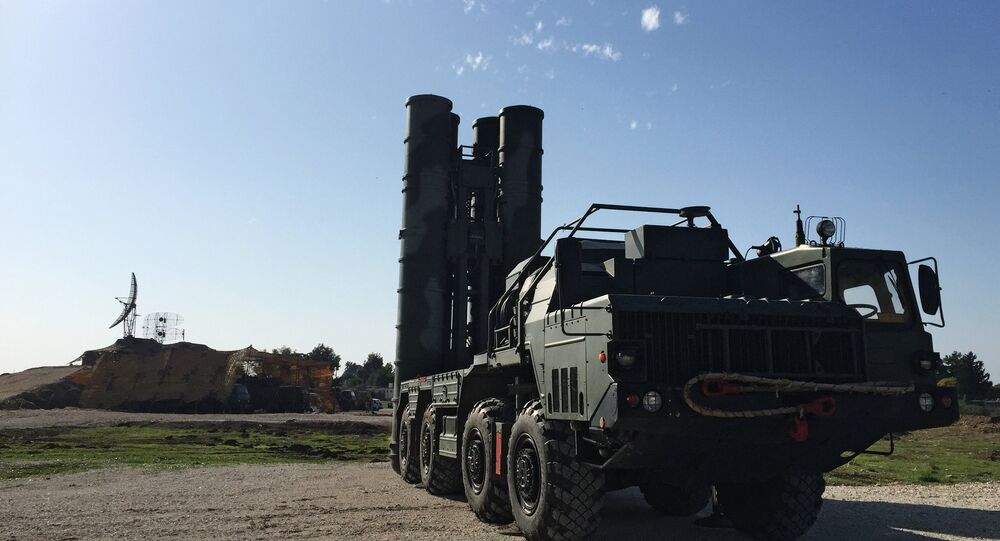 Turkey deployed its newest electronic warfare (EW) system near the border with Syria, according to the Turkish daily Milliyet.

© Sputnik / Mikhail Syritsa
Smoke and Mirrors: Russian Aircraft Get a Sleek New Countermeasure
According to the newspaper, the system, called Koral and manufactured by the Turkish corporation ASELSAN, is an analogue of the Russian Krasukha EW system and is meant to counter the Russian S-400 Triumf surface-to-air missile deployed at the Hmeymim airbase in Syria.

However, Vladimir Mikheev, an advisor to the first deputy CEO of KRET — the largest radio-electronic holding and top manufacturer of electronic warfare equipment in Russia – remained skeptical about Koral’s ability to defeat S-400.

"Koral is a ground-based EW system, and in order to effectively counter surface-to-air missiles, especially the kind of missiles that the S-400 uses – missiles that are specifically designed to withstand enemy electronic countermeasures – you need air-based EW systems," Mikheev told media. "You need the analogues of our Rychag or Khibiny systems, and Turkey has nothing of that kind. Obviously, the US has such systems, but it doesn’t export that kind of equipment even to its NATO allies."

Mikheev also remarked that it would be imprudent to underestimate the Turkish EW equipment designers, though much of the Koral’s capabilities remain unknown as it was only presented to the public this year.

US, Russia Hold Discussions to Avoid Any S-400 Incidents