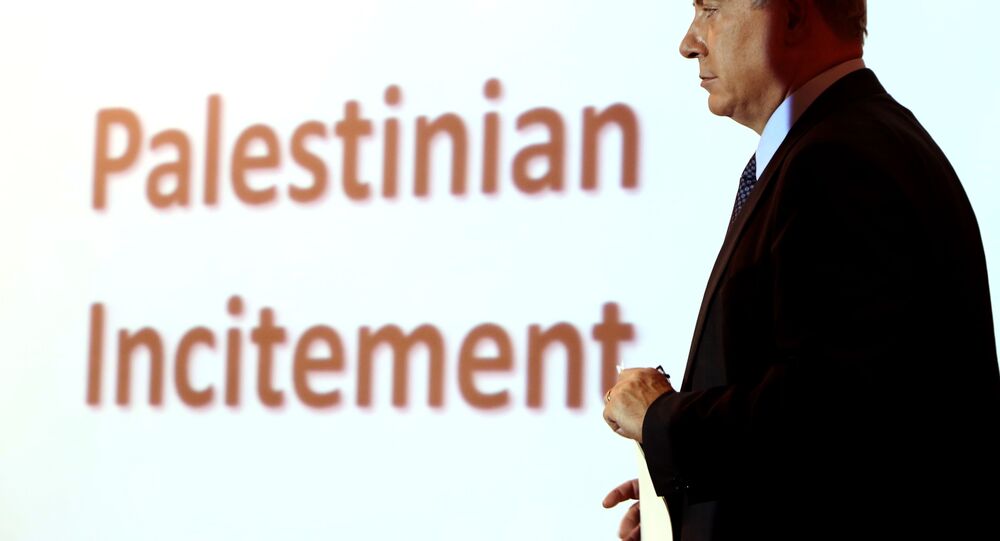 Representatives from video sharing website YouTube and parent company Google have met with a high-ranking Israeli official to discuss ways in which “inflammatory material” can be censored on the web.

A joint mechanism of “monitoring and preventing” publications that qualify as inflammatory by Israeli authorities is set to go into effect soon, according to the Hebrew daily Maariv.

#wcw: MK #TzipiHotovely (#Likud), the 35-year-old rising star of the Israeli right, and a future Prime Minister, in my opinion. One of the many exciting young leaders being developed on both sides of that conflict, with more to come… #SDHwcw #LionessOfLikud #Knesset #Mavericky

© AFP 2020 / HAZEM BADER
Israel to Enhance Security Measures Amid Escalation of Violence
Hotovely, often referred to as the “ideological voice” of the Likud party, said that she offered representatives from the Internet giants a comprehensive monitoring mechanism for videos and other publications, explaining the urgent need to implement the mechanism amidst the escalation of violence across Israel since the beginning of October, citing in particular the stabbings of Israelis by Palestinians.

#Terror attacks against Israelis are the direct result of Palestinian incitement: https://t.co/sHM9rlXskU pic.twitter.com/6vTvoTZcnK

“The daily attacks in Israel are the result of youths and children incited by the education system and the social networks, this is a daily war of incitement,” Hotovely was reported as saying by the International Middle East Media Center (IMEMC).

The official noted that Google had agreed to strengthen bilateral relations with Israel’s Foreign Ministry in monitoring and evaluating publications. But Google on Monday contradicted Hotovely’s statement, telling Agence France-Presse its representatives met with the deputy foreign minister as part of regular meetings it holds in every country where it conducts business. The Israeli Foreign Ministry thereafter corrected its online statement about the meeting.

© AP Photo / Gali Tibbon
Netanyahu Seeks to Take Control of Israeli Media
The decades-long conflict between the Palestinians and Israelis has recently seen increased tensions, with dozens of people killed on both sides amid reports that Israel would revise the so-called “status quo” regarding access to the Temple Mount, which houses Islam’s third holiest site, the Al-Aqsa Mosque.

Palestinians seek diplomatic and economic recognition of their independent state in the territories of the West Bank, East Jerusalem and the Gaza Strip. Israel has been building settlements on occupied territories, despite objections from the United Nations and the international community.