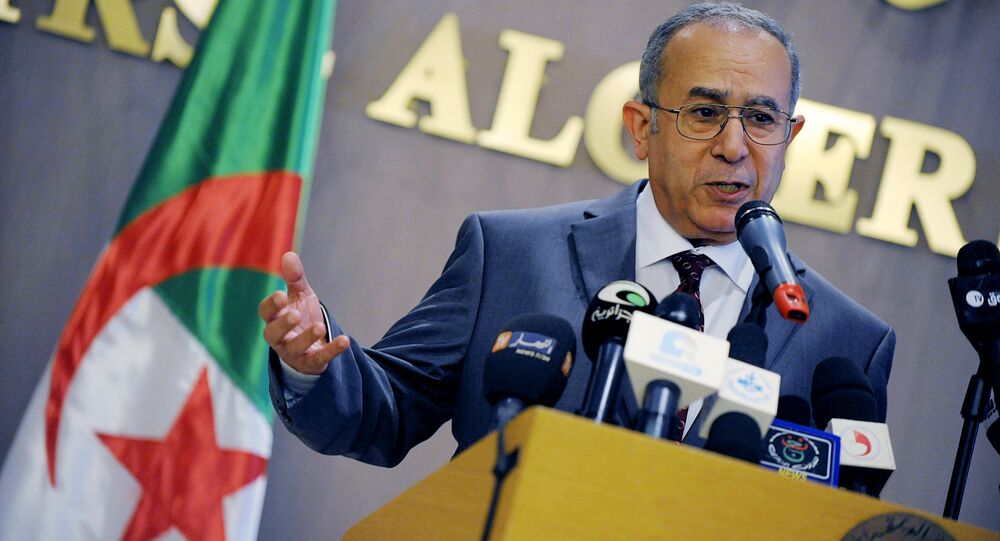 As North African and Middle Eastern foreign ministers meet to discuss the ongoing crisis in Libya, a key diplomat central to the negotiations has criticized the western military intervention of the country in 2011, saying it scuppered the chance of securing a peaceful transition in Libya.

Ahead of talks with the UN's new Libya envoy, Martin Kobler, Algerian Foreign Minister Ramtane Lamamra said that foreign military intervention in states opposed to such actions threatens regional stability and increases the risk of inciting support for terrorist groups.

"Foreign military intervention can become part of the problem and not part of the solution," he told UK newspaper The Independent, amid debate about whether some western countries should step-up military involvement in Syria, despite not having the approval of officials in Damascus.

Lamamra, who is looking to give Algeria a key role in peace talks for neighboring Libya, has spent many years involved in negotiations with the country's warring factions during his time as the African Union's Commissioner for Peace and Security.

In talks with participants on the sidelines of the #Libya neighbours meeting in #Algeria, Algiers, today pic.twitter.com/Xk36ewQ8fw

He believes NATO states largely ignored his calls to try for a peaceful political outcome in Libya in 2011, with many criticizing the US/UK/French-led campaign for merely wanting to overthrow then-leader Muammar Gaddafi by military force.

Adding that as a result of western intervention, many other armed groups had since taken advantage of the chaos in the country, Lamamra said:

"Foreign intervention may have prevented the Libyans themselves from going into the kind of solution that the African Union was proposing at the time, which was a peaceful transition."

Regional Players Need to Be Given a Greater Voice

Lamamra said that Algeria had a key interest in ensuring long-term peace in Libya and should be given more of a role in helping to bring together warring factions.

"The neighborhood is part of our own security," he said.

"Whenever you contribute to resolving these kinds of problems in your neighbor's territory, you are protecting and enhancing your own national security."

Criticizing the "fragmented" UN-led attempts to negotiate a power-sharing unity government in Libya, which was subsequently rejected in October by the country's internationally recognized government, Lamamra believes neighboring states like Algeria are "better placed to understand the culture, the habits, the traditions" and lead talks to come to a peaceful political solution.

Moving Closer to Europe: ISIL Sets Its Sights on Expansion in Libya