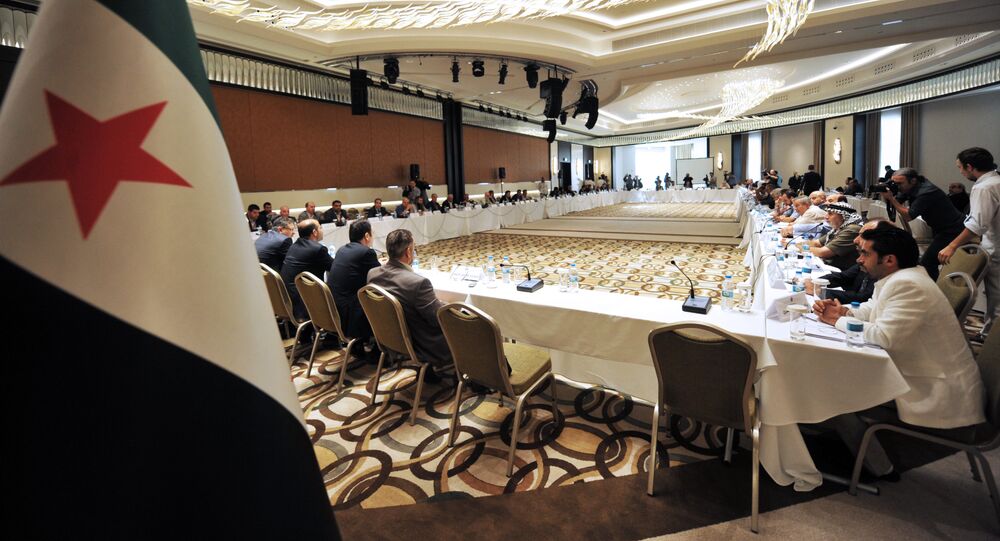 Saudi Arabia will host a conference for unifying Syrian opposition groups and determining members of a negotiating delegation to hold talks with the Syrian government next year in Vienna.

© AFP 2021 / GEORGE OURFALIAN
All Syrian Forces Must Unite in Face of Daesh Threat
MOSCOW/DUBAI (Sputnik) — Saudi authorities have invited 65 members of Syrian opposition factions to attend a December conference in Riyadh to try to unify their positions ahead of the proposed Syrian peace talks, Arabic media reported Tuesday.

Saudi Arabia, a supporter of deposing current Syrian President Bashar Assad, will host a conference for unifying Syrian opposition groups and determining members of a negotiating delegation to hold talks with the Syrian government next year in Vienna.

The Saudi Foreign Ministry invited the 65 opposition figures to attend the conference in Riyadh, Ahmed Ramadan, a member of the Syrian National Coalition (SNC), was quoted by the the Asharq al-Awsat newspaper as saying.

The invitations were received by 20 people from the SNC, seven from the National Coordination Body, 10-15 representatives of the military command, and 20-25 independent representatives, including businesspeople and religious leaders, according to Ramadan.

© East News / Nish Nalbandian
US, Saudi Arabia Decide to Increase Aid to 'Moderate' Syrian Opposition
Syria has been in a state of civil war since 2011, with government forces fighting so-called moderate opposition aiming to overthrow the Syrian president.

According to the latest round of Syria talks in Vienna last month, authorities in the Arab republic and its opposition groups should agree to form a national unity government, and in 18 months the country should hold elections under a new constitution.

UN Special Envoy on Syria Staffan de Mistura said that Vienna negotiators would help the Syrian opposition form a delegation for talks with the government.

US to Allocate Additional $100Mln to Support Syrian Opposition