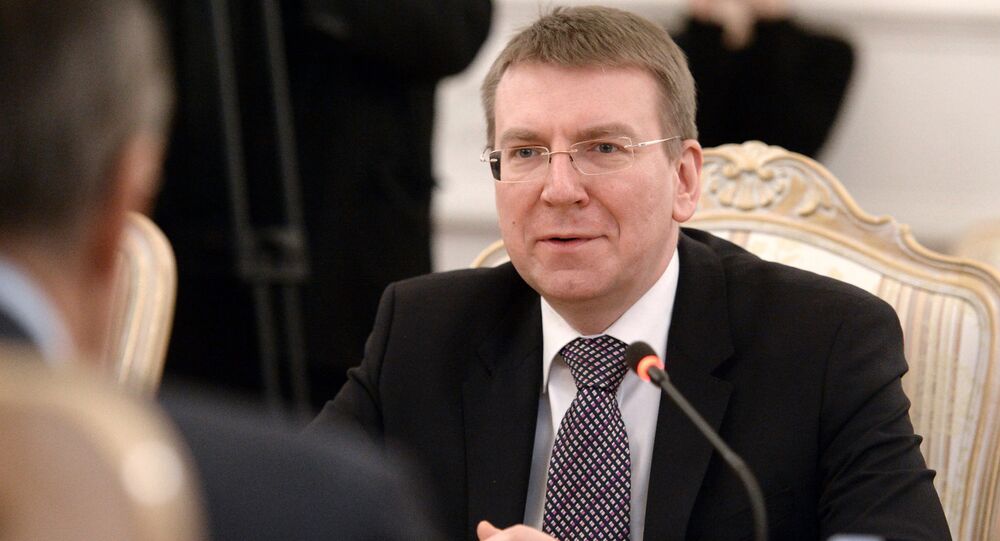 Latvian Foreign Minister said that Riga has not ruled out cooperating with Russia in the fight against the Daesh.

© AFP 2020 / ILMARS ZNOTINS
Latvia May Send Troops to Iraq to Help Fight Against ISIL
RIGA (Sputnik) – Latvia has not ruled out cooperating with Russia in the fight against the Daesh, also known as ISIL/The Islamic State terrorist group, the Latvian Foreign Minister said.

"I don’t exclude that we can find a way to coordinate with Russia, at least up to the level that we don’t shoot each other’s’ planes or start a Third World War," Rinkevics said, as quoted by the Baltic Times Newspaper.

Earlier in November, the leaders of the three Baltic states said their countries would not join any anti-Daesh coalition Russia was part of.

"The reality is much more nuanced, at least in Latvia’s case," Rinkevics said.

Russia has been conducting airstrikes against Daesh in Syria at President Bashar Assad’s request since September 30. Russia has outlawed Daesh on its territory, classifying it a terrorist organization.

Latvia May Send Troops to Iraq to Help Fight Against ISIL