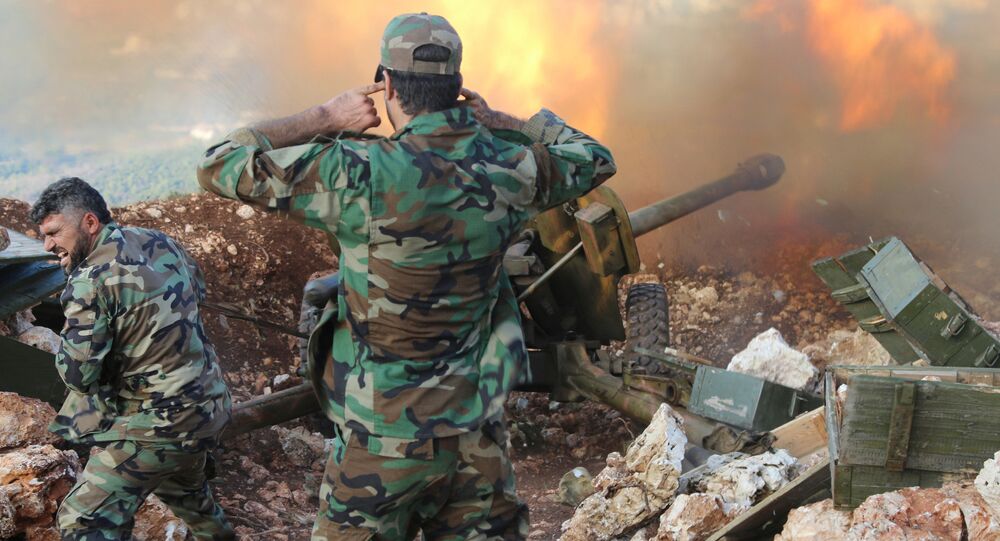 The strategic hilltops in south-western Syria's Daraa province have reportedly been seized by the Syrian Army and the National Defense Forces during their ongoing advance on Al-Nusra Front militants.

Dozens of Al-Nusra terrorists were killed during heavy clashes with Syrian troops who stormed the militants' positions on the Koum Aqre hilltops near the strategic towns of Kufer Shamis and Al-Shaykh Maskin.

The seizure of the hilltops paved the way for opening a new front against the militants in Syria's western areas, FARS reported.

The Syrian Army's operation in Daraa kicked off late last week, when government troops managed to push the militants back from the strategic village of Khirbat Kom Maqaraq; scores of terrorists were killed and wounded in the fighting.

The Syrian Army intensified attacks on Al-Nusra Front militants in Daraa province on November 19, when the troops were engaged in heavy clashes with the terrorists in various locations, including the towns of Al-Shaykh Maskin, Athman and Muzayrib.

At least 24 militants were killed in the fighting on November 20 after the Syrian forces repelled an offensive of the so-called Free Syrian Army on the outskirts of Al-Shaykh Maskin in Daraa province.

© REUTERS / Kayhan Ozer/Pool
Putin: Obama and I Have Common Understanding of Next Steps in Syria
On September 30, more than fifty Russian aircraft, including Su-24M, Su-25 and Su-34 warplanes, commenced precision airstrikes on Daesh targets in Syria at the behest of Syrian President Bashar Assad. Earlier that day, the Russian upper house of parliament unanimously supported the request of President Vladimir Putin to deploy units of the Russian Aerospace Forces abroad.