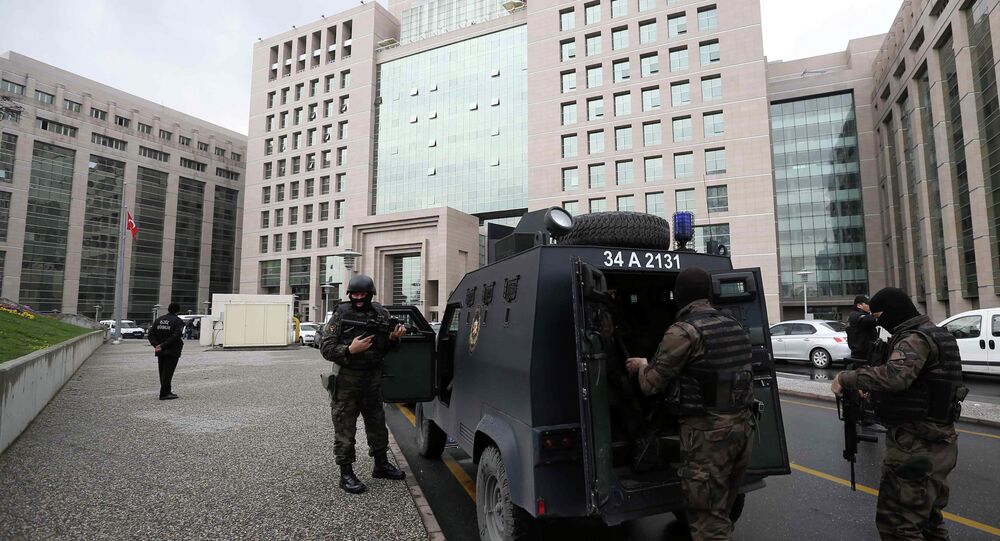 An Istanbul court ruled to reject an appeal against the arrest of two Turkish journalists on espionage charges, local media reported on Monday.

MOSCOW (Sputnik) — On November 26, the editor-in-chief of the Turkish daily Cumhuriyet, Can Dundar, and the newspaper's Ankara bureau chief, Erdem Gul, were arrested on charges of espionage and treason after the outlet published a news report with photos of trucks carrying weapons bound for Syria.

© AP Photo
Reporters Without Borders Call for Release of Turkish Journalists
The Istanbul 7th Court of Peace ruled that it found "no unlawful aspect" in the decision to arrest the journalists, The Daily Sabah reported, adding that the appeal had been transferred to a higher court for further consideration.

Domestic and international media bodies and political figures have condemned the arrest of the Turkish journalists.

Ankara denied the reports, insisting instead that the vehicles were delivering aid to Syrian Turkmen.