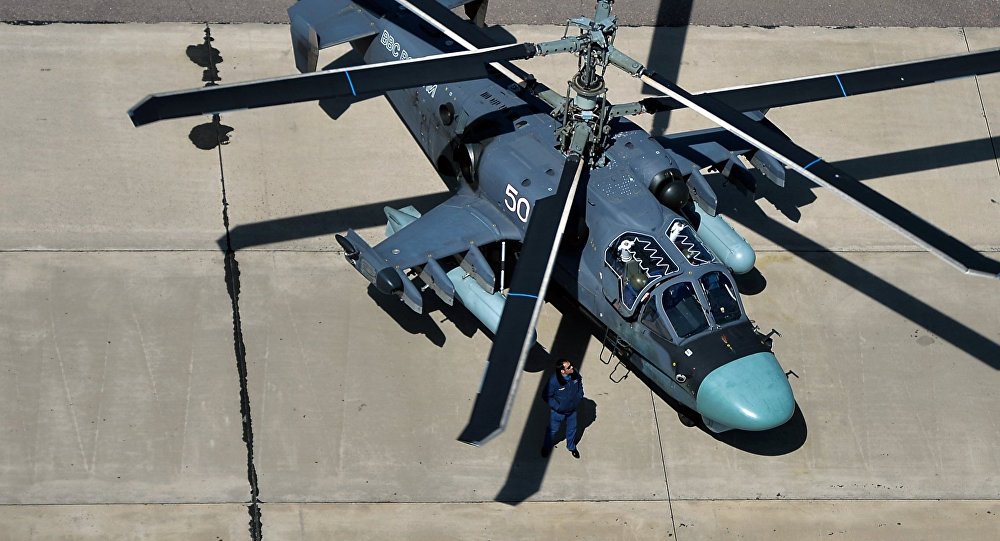 Kamov Ka-52 and Mil Mi-28 attack helicopters were reportedly spotted in the vicinity of Hmeymim airbase in Syria.

© Sputnik / Mikhail Voskresenskiy
Syrian Army Destroys Terrorists' Tunnel in Damascus
Syrian media covering the rescue of Konstantin Murahtin, co-pilot of the Su-24 bomber aircraft shot down by Turkish forces in Syria, made a rather interesting discovery.

Russian state-of-the-art Kamov Ka-52 Alligator and Mil Mi-28N Night Hunter attack helicopters could be clearly seen on video reportedly filmed by Syrian TV crews in the vicinity of the Hmeymim airbase which serves as the primary base of operations for Russian Aerospace Forces elements deployed in Syria.

The helicopters only appear on film for a few seconds but Ka-52 can be easily identified due to their distinct silhouette.

The Kamov Ka-52 helicopter, along with other modifications of the Ka-50 Black Shark attack helicopters is usually employed by Russian military for special forces support, while the Mil Mi-28 is designated as the main army gunship.

This is apparently the first confirmed sightings of these types of helicopters during the ongoing Russian airborne campaign in Syria against Daesh, also known as ISIL and the Islamic State.