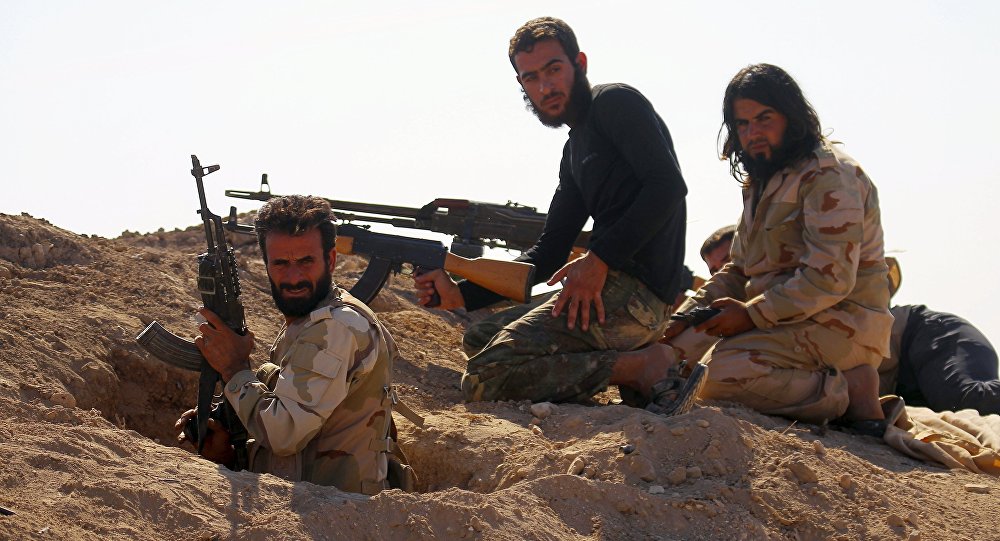 A crackdown against two journalists of the Cumhuriyet newspaper is President Erdogan’s attempt to flex his muscles and show his government’s power, human rights activist Arzu Geybulla told Radio Sputnik.

On Thursday, Cumhuriyet newspaper Editor-in-Chief Can Dundar and the daily's Ankara representative Erdem Gul were detained after being summoned to an Istanbul courthouse to testify on the newspaper's coverage of official Turkish trucks transporting weapons to Syria.

The reason why the Turkish government arrested the journalists is because Erdogan and his ruling party don't want reporters to write about certain things, such as the government's support of Syrian rebels, corruption and other important things that people should actually know about, Geybulla said.

"The president himself openly spoke about his dissatisfaction and said the journalists are going to pay the price for what they did, so it's not surprising that they did get arrested in the end," Geybulla told Radio Sputnik.

In other words, the Cumhuriyet journalists covered stories which they shouldn't have covered. By arresting the pair of journalists, Erdogan is showing his muscles and sending a clear message to the rest of the Turkish media, letting them know that they're on a short leash as well.

"The president really wants to show muscle and this is his way of doing it," the human rights activist said.

It's not surprising that the stronger the ruling party became over the last two decades the more pressure it started applying towards press freedom, activists and human rights activists, Geybulla added.

© AP Photo /
Arrested Turkish Journalists Call on EU Leaders for Solidarity
Interestingly, the journalists weren't arrested right after the story was published, because it happened before a parliamentary election in the country. An arrest could have played against the ruling party back in May. However, after winning the election and securing their position, Erdogan decided to crackdown on "defiant" journalists.

Dundar and Gul were charged with espionage and treason; as a result, the pair might face a life sentence in prison. Following the arrest some 10,000 people gathered in Istanbul, Turkey's largest city, on Friday in support of the two journalists and freedom of speech.

Meanwhile, Turkey has turned into a major consumer of oil from ISIL. Corrupt Turkish businessmen sign deals on oil purchases with jihadists, allowing them to get revenues of $10 million weekly. Moscow obtained information early on that oil from ISIL-seized territories in Syria is being transferred to Turkey.

Some 1,000 Gather in Istanbul to Support Detained Turkish Journalists