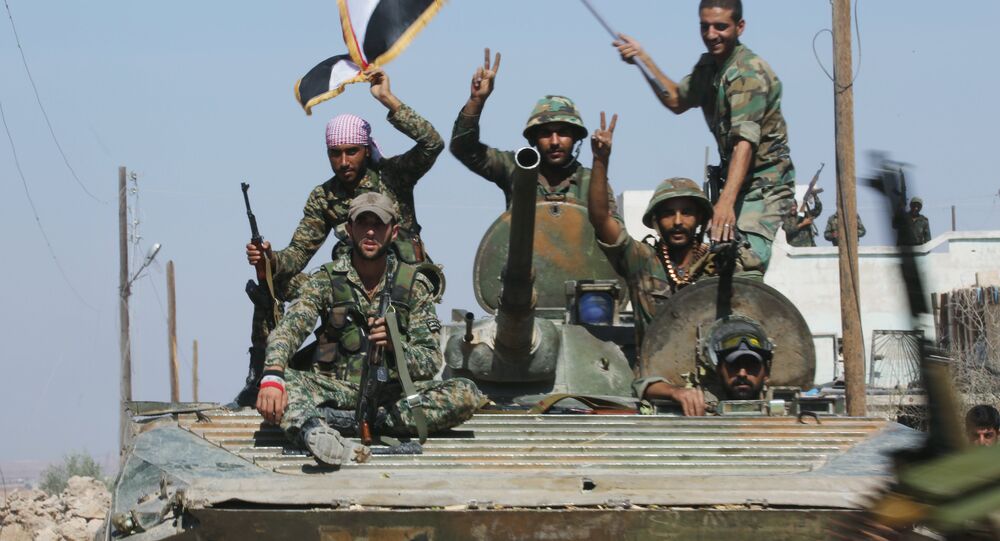 The Syrian army captured territory from Islamic State east of Aleppo including a stretch of highway leading to the jihadists’ main stronghold of Raqqa, Syrian state TV reported on Saturday.

© Sputnik / Mikhail Voskresenskiy
Syrian Army, Russian Warplanes Press ISIL, al-Nusra Front in Key Provinces
The areas captured as part of the Syrian army’s advance on the terrorists’ positions with support from Russian airstrikes are east of the Kweires air base seized from Islamic State control earlier this month.

Earlier in November, the Syrian army lifted the siege of the Kweiris military airbase. The Kweiris airbase had been under ISIL siege for two years until the Syrian government forces with Russian air support advanced into the area and cleared it of jihadists, leaving a large number of them dead and wounded in the process.

According to a state television report, the army had captured two villages and large swathes of farmland, seizing tunnels and fortifications built by the jihadists.

The villages are about 60 km east of Aleppo.

The Syrian government and its allies have also made gains against Islamic State to the southeast of Homs.