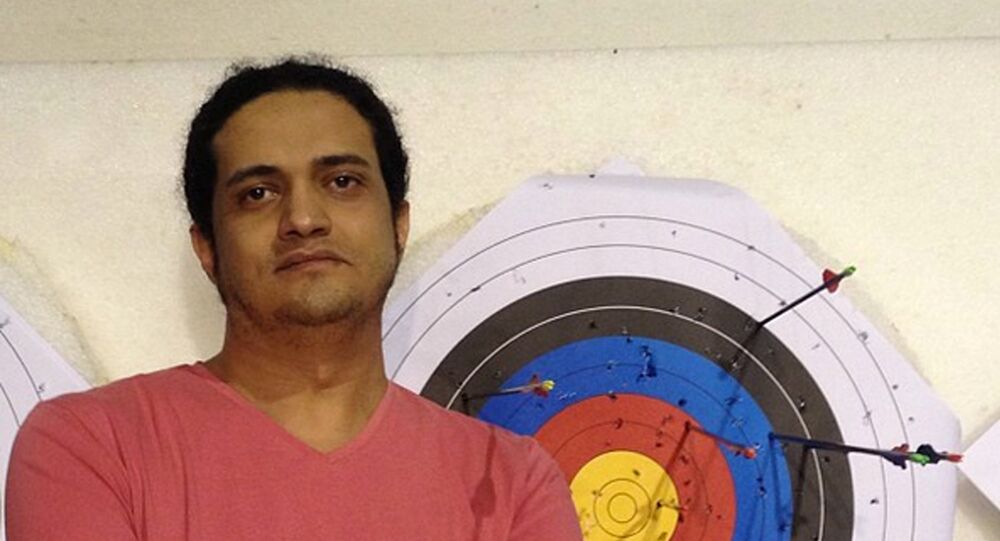 A Saudi Arabian court will sue a Twitter user for criticizing a death sentence handed down to a Palestinian poet last week.

Ashraf Fayadh, 35, was previously arrested by the country's religious police and charged with apostasy (abandoning one's faith), according to trial documents seen by Human Rights Watch.

Facebook/Free Sheikh Nimr Baqir Al-Nimr
Saudi Child Protester Faces Death by Beheading, Crucifixion
The story provoked international public outrage, and social media was overflowed with users' fierce criticism. There were tons of posts condemning the Kingdom's justice system which is based on Islamic Sharia law and dictates death penalty for religious crimes, including blasphemy and apostasy.

One Twitter user even described the decision as ‘ISIS-like', implying the punishment was akin to what is popular with extremists from the Islamic State. Whoever wrote that is probably regretting it already, for Saudi Arabia's justice ministry is planning to sue the "criminal".

"The justice ministry will sue the person who described… the sentencing of a man to death for apostasy as being `ISIS-like'," a justice ministry source told major pro-government newspaper Al-Riyadh.

Neither the user nor the possible penalty were identified, but last year three lawyers were sentenced to up to eight years in prison by a Riyadh Saudi court for a similar "crime".

© AFP 2021 / NICHOLAS KAMM
Saudi Atheist Blogger May Face Death Penalty - Reports
Saudi Arabia has already executed 152 people in 2015, which is the highest number on record since 1995, according to Amnesty International. Now the Kingdom has vowed to sue Twitter users doubting that the poet's sentence was legit and comparing it to the punishments meted out by ISIL.

"Questioning the fairness of the courts is to question the justice of the Kingdom and its judicial system based on Islamic law, which guarantees rights and ensures human dignity," the source told the newspaper.

According to the Syrian Observatory for Human Rights, the self-proclaimed Islamic State group may be responsible for executing around 10,000 people, though it will hardly ever be possible to give an accurate number.