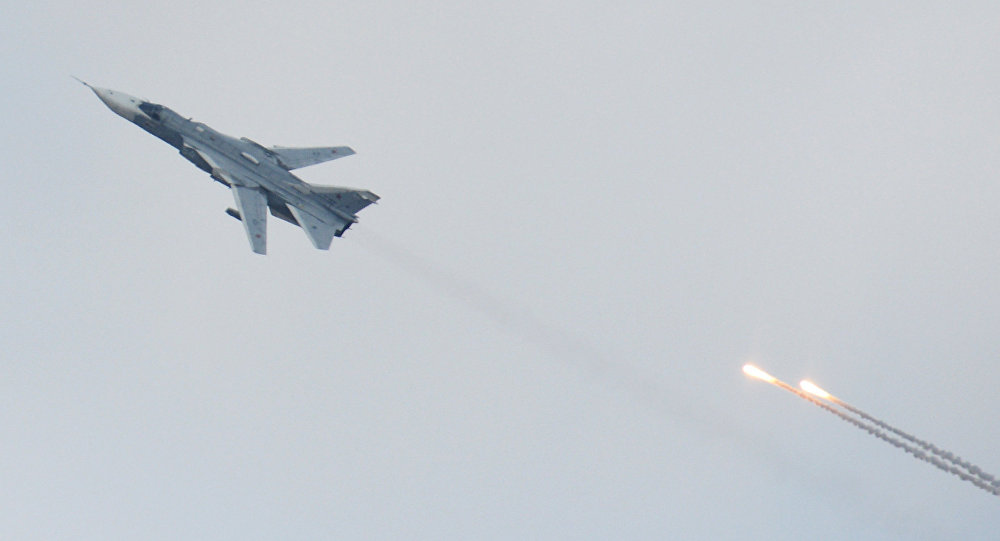 Turkish warplanes made an ambush for the Russian Su-24M bombers, otherwise they would not have had enough time to take off from an airbase and reach the area, Col. Gen. Viktor Bondarev said Friday.

Turkey had been tracking the Russian Su-24 for 34 minutes before shooting it down, Bondarev said. Turkish fighter jets were warned about Russian warplanes beforehand and waited in ambush prior to the attack.

​"The radar surveillance data confirms that two F-16 fighter jets were patrolling the flight zone for an hour an 45 minutes at an altitude of 2,400 meters [some 7,800 feet], which speaks of a deliberate action and their readiness to attack from an ambush over the Turkish territory," Bondarev told reporters in Moscow.

According to Bondarev, the Russian pilots have not received any warnings from the Turkish pilots on the designated radio frequency.

​​The Turkish plane spent 40 seconds in the Syrian airspace, entering it for two kilometers, the commander said.

"According to radar tracking data, it was the Turkish warplane that crossed into the Syrian airspace for about 40 seconds to a depth of 2 kilometers [6,560 feet], while the Russian fighter-bomber never violated the Turkish border", he said.

#SYRIA #Bondarev: Objective monitoring data of #Hmeymim and leader aircraft registered no request made by F-16 on pre-arranged frequency

​According to the Syrian Air Defense data, "an object moving at a speed of 810 kmph from Turkey was registered".

The Su-24 was downed at a distance of 5,5 kilometers to the south of the Turkish border immediately after it had attacked terrorists.

"At 10.24 Moscow time the crew carried out bombing and after it the plane was shot down by an air-to-air missile launched by a Turkish Air Force F-16 that had taken off from the 8th Diyarbakir airbase on the Turkish territory."

© AFP 2019 / SABAH ARAR
Turkish F-16 Pilots Informed Air Force Commander Before Downing Russian Su-24 - Media
Bondarev added that a Turkish F-16 fighter jet was guided to its intended target from the ground and launched an air-to-air missile while the Russian warplane was readying to carry out a second attack on terrorist positions.

"The method of guidance of F-16 aircraft into effective engagement zone directly, but not along the pursuit course curve shows that the fighter jet was directed from a ground control station," Bondarev told reporters.

The fighter jet stopped maneuvers in the area of patrolling and commenced missile launching a minute and 40 seconds before the Su-24 maximum proximity to the Syrian-Turkish border, Bondarev added.

"After approaching the Su-24M at a distance of launching a missile (5-7 kilometers), which proves that the F-16 was in the Syrian airspace, the fighter jet made a sharp descending manoeuvre to the right and disappeared from the radars."

The launch of a missile was confirmed by the crew of the second Russian Su-24.

"[The crew] observed a plume of a white smoke and reported it."

© Sputnik / Dmitriy Vinogradov
Turkey Claims Did Not Release Audio of F-16s Warning Russian Jets - Moscow
Turkey downed the Russian plane on November 24 over Syria. One of the pilots was killed by fire from the ground, the second one was rescued.

The rescue operation to save the second pilot was conducted professionally, the commander said. The survivor was being hunted down by "well-equipped groups" of militants. After the pilot had been evacuated, Russian "bombers delivered massive, crushing airstrikes" on the area, the commander elaborated.

​The attack on the plane was filmed by radicals who knew where and when they could "get that exclusive footage", Bondarev added. The readiness of Turkish media to cover the accident was surprising, as the video of the missile striking the Su-24 was uploaded to YouTube by a private Turkish TV-channel just 1,5 hours after the accident.