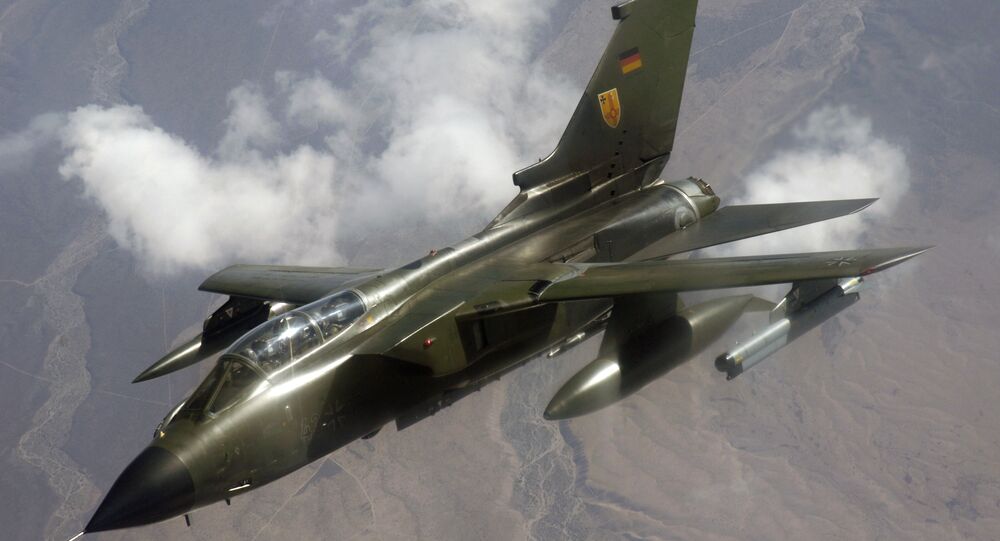 Berlin acknowledges that the participation in the anti-terror fight in Syria poses a risk, the German defense minister said.

"Risks are present. It is without any doubt a dangerous mission. At the same time, an existing coalition has been conducting flights there for around a year. We know that not a single [of its] own aircraft has been lost during the year," the minister said in an interview aired by the ZDF broadcaster.

Berlin is likely to send its Tornado reconnaissance aircraft to Syria to contribute to the anti-ISIL fight, Henning Otte, the German lawmaker of the Christian Democratic Union (CDU) party, said Thursday.

A US-led international coalition has been conducting airstrikes against ISIL in Syria and Iraq since 2014 without the approval of the UN Security Council or the Syrian government. On September 30, Russia launched an air campaign against the extremists in Syria at the request of Damascus.