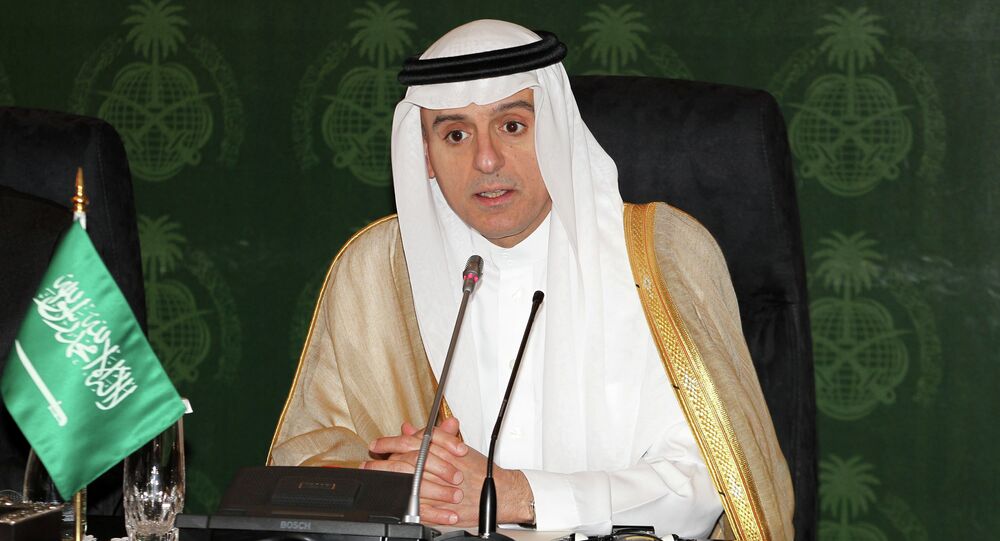 A military option in Syria remains on the table and support for the opposition fighting to oust President Bashar Assad will continue, Saudi Arabian Foreign Minister Adel Al-Jubeir said on Thursday.

Speaking at a news conference with visiting Austrian Foreign Minister Sebastian Kurz, Jubeir also said Riyadh was in contact with various Syrian opposition groups about a potential meeting in Riyadh to unify their position ahead of upcoming peace talks in Vienna.

“The military option is still viable and the support to the Syrian opposition is still continuing,” the Saudi minister said, without giving a date for such a meeting.

© AFP 2021 / LOUAI BESHARA
Wait, What? Saudi Arabia Imposing Own Plans of New Government on Syria
During the November 14 talks in Vienna the participating nations — Saudi Arabia, Iran, Turkey and the five permanent members of the UN Security Council — the United States, Britain, France, Russia and China — laid out a plan including formal talks between the Syrian government and opposition by January 1.

Syrian government forces have been fighting against opposition factions and numerous insurgent militant groups, including ISIL and the al-Nusra Front.

According to UN figures, over 220,000 people have been killed in Syria since the conflict began, with the number of Syrian refugees abroad exceeding 4 million people.

Saudi Arabia Imposing Own Plans of New Government on Syria