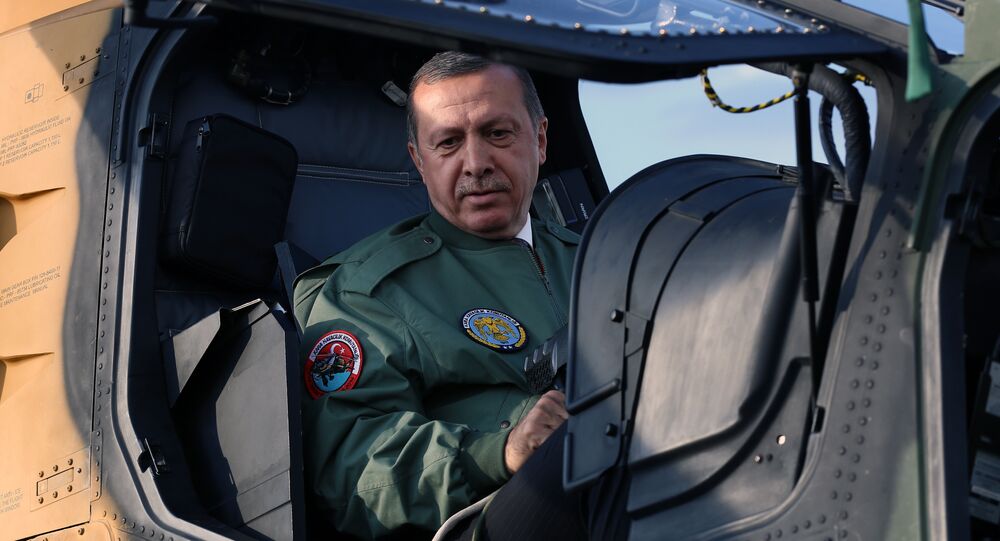 Turkey shot down Russia's bomber as revenge for the destruction of oil smuggling business that belongs to Recep Tayyip Erdogan's son, a Syrian minister stated.

The information minister said that oil smuggled into Turkey was bought by the Turkish president’s son, who owns an oil company.

“All of the oil was delivered to a company that belongs to the son of Recep [Tayyip] Erdogan. This is why Turkey became anxious when Russia began delivering airstrikes against the IS infrastructure and destroyed more than 500 trucks with oil already. This really got on Erdogan and his company’s nerves. They’re importing not only oil, but wheat and historic artefacts as well,” al-Zoubi told RIA Novosti in an interview.

“The fact of the attack on the [Russian] plane in Syrian airspace without any warning, as the surviving Russian [co-]pilot reported, confirms once again that Turkey is lying,” the information minister said.

On Tuesday, a Turkish Air Force F-16 downed the Russian bomber 4 kilometers from the Turkish border. Both the Russian General Staff and the Syrian Air Defense Command confirmed that the Su-24 never crossed into Turkish airspace and was shot down over Syrian territory, citing precise objective control data.

© AP Photo / Petros Karadjias
'Erdogan Family's Trace in Su-24 Downing': Revenge for Ruining Shady Oil Deals?
Russian President Vladimir Putin described the incident as a "stab in the back, carried out against us by accomplices of terrorists."

One of the two Su-24 pilots was killed by fire from the ground after ejecting from the plane. The second pilot was rescued in a 12-hour-long operation.

Russia has been carrying out an aerial campaign against the Islamic State jihadist group in Syria since late September at the request of Damascus. Moscow has repeatedly called on the UN Security Council to take extra steps to determine who was buying oil from the militants.

'Playing With Fire': Whose Side is Erdogan on in Anti-ISIL Fight?