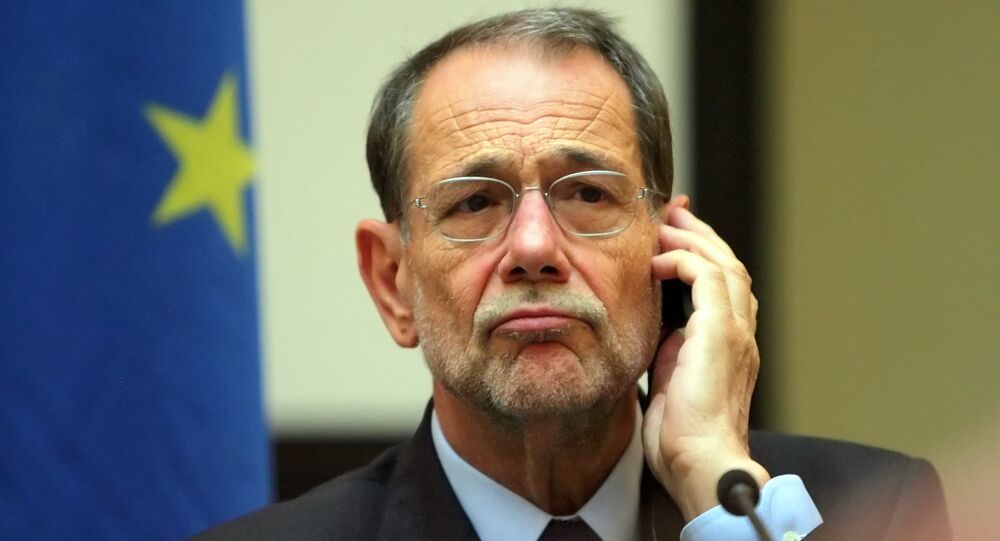 Former NATO Secretary General Javier Solana said that the preparation of the ‘white list’ of Syrian rebels at Vienna talks will be more difficult after the downing of a Russian Su-24 jet by a Turkish fighter.

On Tuesday, a Russian Su-24 jet crashed in Syria. Russian President Vladimir Putin said that the plane was downed by an air-to-air missile launched by a Turkish F-16 jet over Syrian territory, falling 2.5 miles from the Turkish border.

"Turkish-Russian tension will hinder talks in Vienna. The preparation of the ‘white list’ of Syrian rebels more difficult," Solana tweeted.

© Photo : Ministry of defence of the Russian Federation
Too Many Planes, Too Little Cooperation Observed Over Syria - Ex-NATO Chief
The former NATO chief called for "a little mutual trust" in the Vienna process, commenting on a letter to the UN Security Council sent by Turkey, which stated that the Russian bomber had flown over Turkish airspace for 17 seconds.

Too Many Planes, Too Little Cooperation Observed Over Syria - Ex-NATO Chief