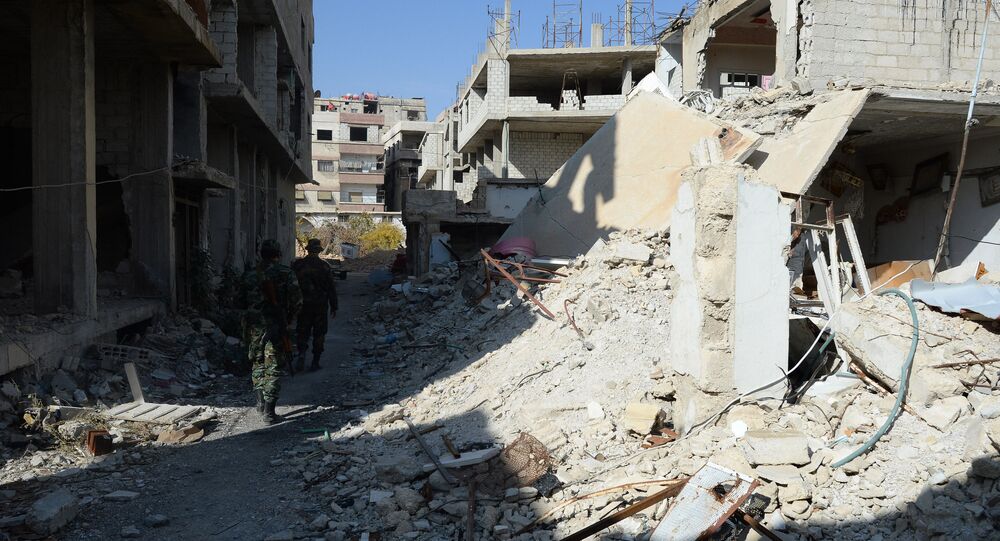 One of the correspondents, RT's Roman Kosarev, told Radio Sputnik that the attack was very deliberate:

"This was very deliberate. There were at least 17 journalists all wearing blue reporters' helmets. It was very close to us and we were in a hideout for a while afterwards."

Russian Defense Ministry noted that all Russian reporters are now safe at Hmeymim base.

“Yesterday, on November 23, while Russian journalists were en route to the front line positions of the Syrian government’s army near the village of Daghmashlia near the strategic area of Zuaek their vehicle was struck by [anti-tank missile],” the Defense Ministry said.

“Three Russian journalists were slightly injured, one of them suffered a concussion,” the ministry added.

Two RT correspondents have sustained injuries after the press convoy was shelled on the Turkish-Syrian border.

Roman Kosarev also added that Syrian army with the help of Russian aviation has advanced significantly. When answering the question about Syrian people's attitude to the Russian operation, Roman Kosarev said:

"Anywhere we go we get hugs and kisses from the locals."