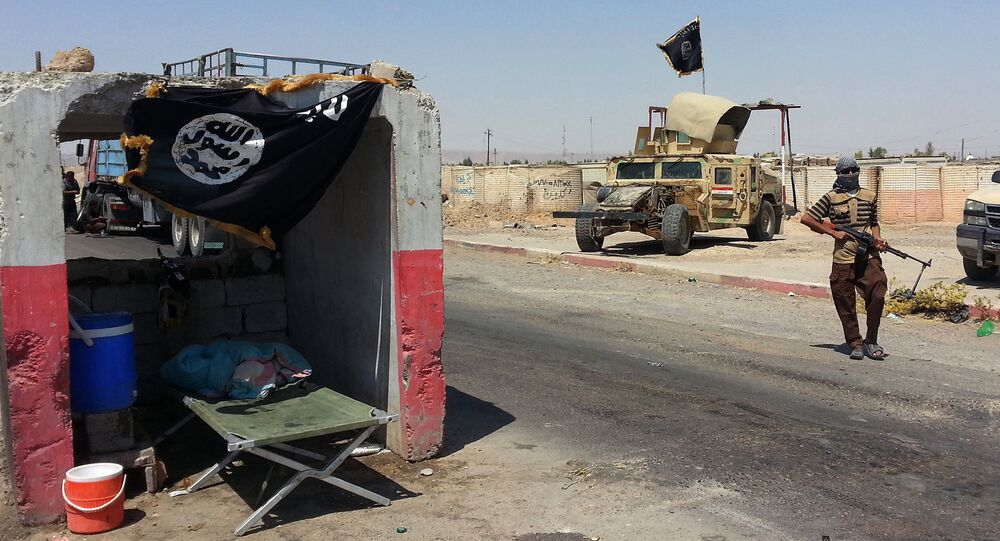 Whistleblowers accused the US military of manipulating intelligence data on its operations against ISIL and the Taliban, prompting an investigation regarding the assessments.

The US military may have manipulated intelligence reports to create a more positive picture of its campaigns in Afghanistan, as well as against ISIL, according to recent reports.

Many of the concerns appear to be coming from intelligence officials inside the Defense Department, including Gregory Hooker, who resigned after blowing the whistle on the reports. The apparent manipulation has drawn parallels to the 2003 Iraq War, in which both intelligence and press reports were often manipulated or falsified to justify the US invasion.

"A lot of the analysts at Centcom feel the high command has been sugarcoating their assessments," former senior intelligence official Gregory Hooker told Foreign Policy.

© Wikipedia /
CIA Chief E-Mails Reveal US Military Resisted Oversight in Afghanistan
Many of the documents investigated are classified and some are said to have been destroyed before being forwarded to investigators. According to Hooker, the manipulations may have been made to such an extent that they even crossed a customary boundary between the military and intelligence agencies.

The cited manipulations included labeling Iraqi army retreats as "redeployments," according to the New York Times. The Iraqi army suffered considerable blows in 2014, when it lost Mosul, the country's third-biggest city, in just six days.

Rebelling analysts said that the military assessments glossed over important factors in ISIL's rise, such as political and religious divisions in Iraqi society.

One of the probes launched focuses on the manipulation of US military successes in Afghanistan. Although the US military has maintained that its campaign has been successful, the Taliban has managed to launch major offensives in recent months, including the takeover of the regional capital of Kunduz.

According to a former US military intelligence chief on Afghanistan, the military manipulated reports to "sugarcoat" conclusions regarding the situation.

"If you have an assessment that undermines the commander’s objectives, that's not going to go well for that [Joint Staff intelligence director]," the analyst told FP.

© Flickr / cryogenic666
US Anti-ISIL Coalition Renders 'Zero' Result Compared to Russia's Campaign
The Obama administration has denied that the conflict is a result of considerable manipulation by military chiefs. The Obama and other officials have however previously said that they were surprised by ISIL's rapid rise.

The investigation may also undermine statistics released by the US Defense Department on its campaign against ISIL. The US military began publishing infographics detailing its successes against ISIL after Russia began a major airstrike operation against the group in Syria after a request by the country' government.

The US military initially responded with warnings against the Russian operation against ISIL in Syria, although the two bodies now have a direct line to coordinate their operations.