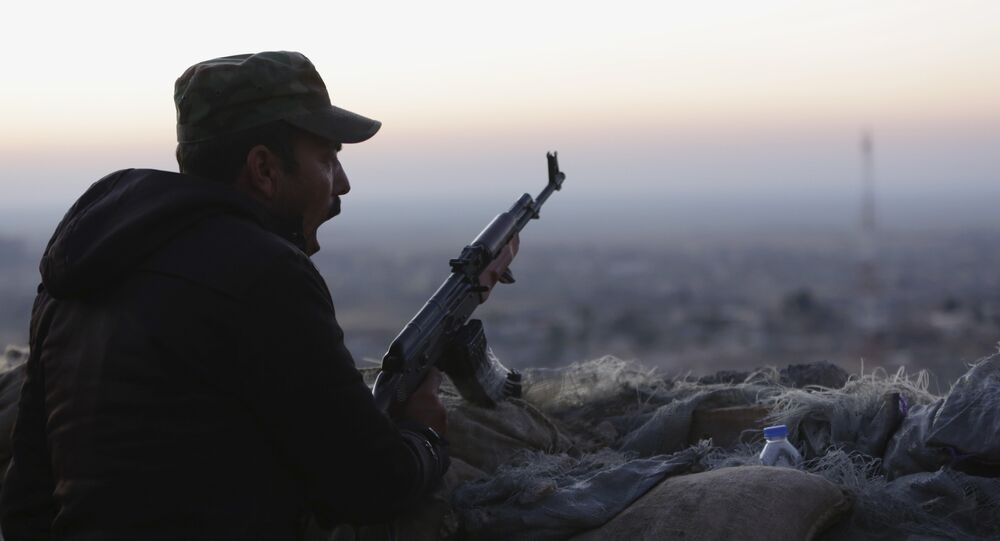 The ISIL militants have been detained near the village of Hardan in Iraqi’s Nineveh Province. They all appeared to be Saudi Arabian citizens, according to Kurdish Militia fighters.

The unnamed source also revealed that those detained have Saudi Arabia citizenship and were aiming to push deeper into Sinjar District.

The capital under the same name was liberated from ISIL militants in the middle of November. The town of Sinjaris located in Iraqi Nineveh Province near the Syrian border approximately 400 kilometers (250 miles) to the north-west of the country’s capital Baghdad, is inhabited mostly with Kurdish Yazidis.

Most Sinjar residents are still living in the Kurdistan region and Danai and ready to return to the ruined town only if provided with “heavy weapons to defend themselves, and a guarantee of protection from the international community,” the Saudi Gazette reported.