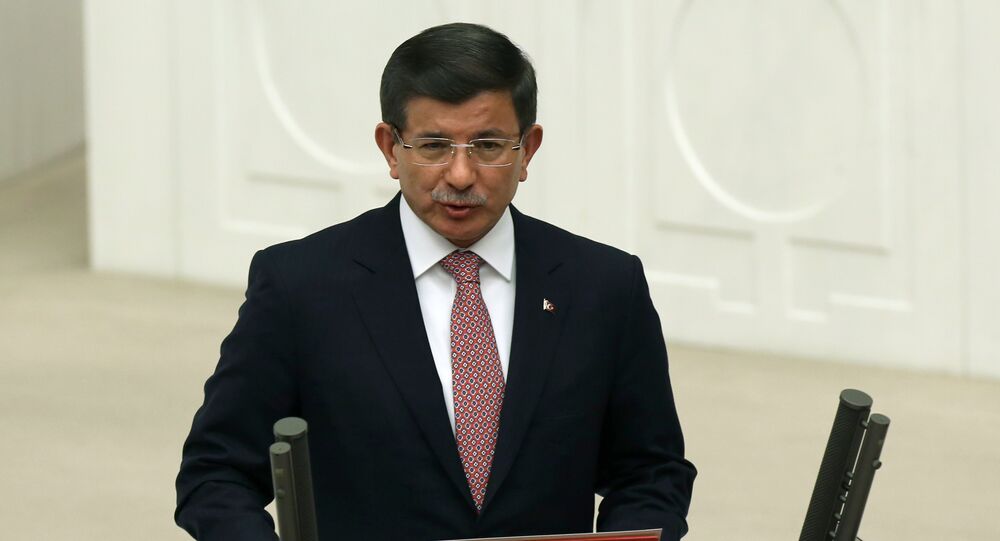 Turkish Prime Minister Ahmet Davutoglu accused Russia on Friday of launching airstrikes on a Syrian Turkmen settlement in northern Syria, and called on Moscow to concentrate on destroying the Islamic State militant group.

ANKARA (Sputnik) – Earlier in the day, the Turkish Foreign Ministry said it had issued a note of protest with Moscow's ambassador to Ankara over Russian anti-terrorist airstrikes in Syria. The note, obtained by RIA Novosti, cited an alleged Russian Aerospace Forces strike on a Syrian Turkmen settlement in northern Syria.

According to the prime minister, if cluster bombs and mass killings are used against the civilians near the Turkish border, this would lead to refugees entering Turkey "and all those who contributed to this will be held accountable."

© Sputnik / Alexei Druzhinin
Turkey is Playing the Worst Part of Syrian Crisis - Assad
Russia launched airstrikes against the Islamic State jihadist group and other extremist targets in Syria at the request of its president, Bashar Assad, on September 30.

The Russian Defense Ministry has repeatedly denied reports of the Russian warplanes hitting civilian infrastructure in Syria. All Russian airstrikes on ISIL targets in Syria were carried out only after preliminary air surveillance had been completed and intelligence provided by the Syrian military has been verified.