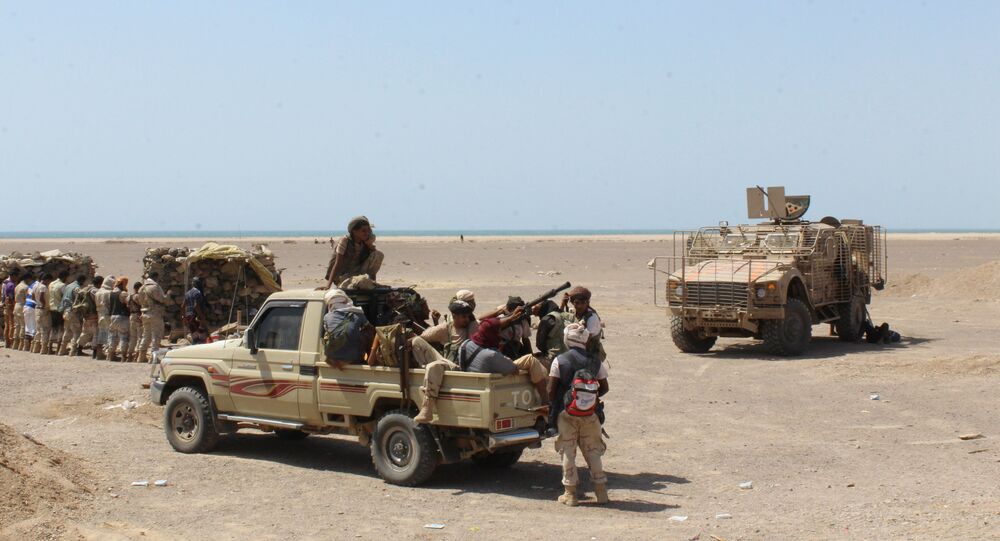 Hundreds of Bahraini soldiers arrived to Yemen on Wednesday to join the Saudi-led coalition against the Houthi rebels, a military source told Sputnik Wednesday.

SANAA (Sputnik) — Between 200 and 300 Bahraini servicemen arrived in the Yemeni southern port of Aden, the source said, adding that "they will take part in combat action against the Houthi rebels and their allies in Taiz Governorate."

The Saudi-led coalition's spokesman Ahmed Asiri confirmed the arrival of the soldiers, as reported by the Al-Arabiya television channel.

Yemeni President Abd Rabbuh Mansour returned to his country on Tuesday after an exile in Saudi Arabia, as loyalist forces continued an offensive in Taiz. Hadi is expected to directly oversee the offensive.

Yemen has been engulfed in a military conflict between the government and Shiite Houthi rebels, who have been supported by army units loyal to former Yemeni President Ali Abdullah Saleh. Since late March, a Saudi-led coalition has been carrying out airstrikes against Houthi positions at the request of Hadi.