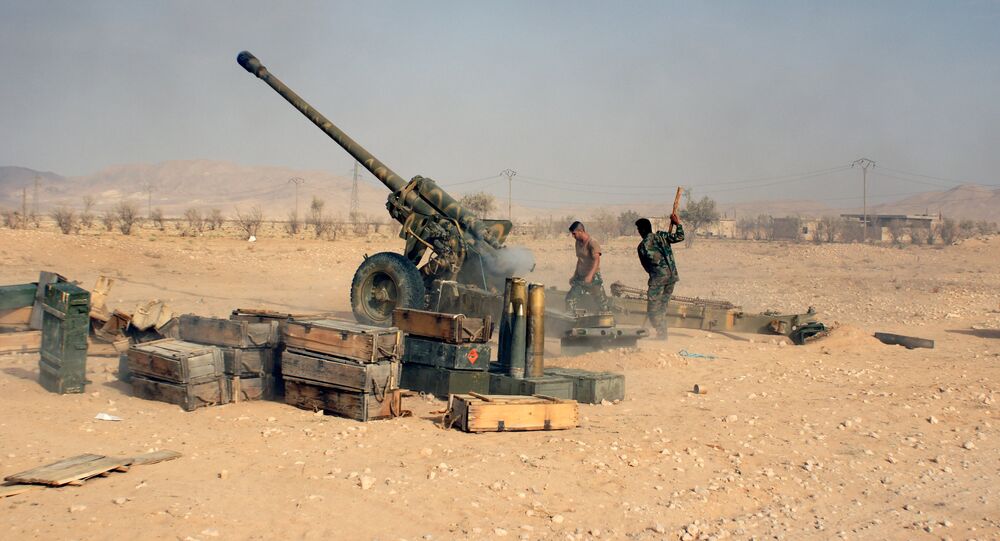 The Syrian government forces have advanced to a distance of some two kilometers (some 1.2 miles) from Syria's ancient city of Palmyra, killing dozens of ISIL terrorists in heavy fighting, a Syrian army source said Wednesday.

"The fighting for the al-Tarr hill two kilometers from the Palmyra Citadel. The capture of this hill will allow the government troops to cut terrorist supply lines from the Raqqa province and ultimately facilitate the capture of the citadel," the source told RIA Novosti.

According to the source, militants have attempted to counterattack the Syrian Army positions south of Palmyra but all the attacks were successfully repelled.

Islamic State jihadist group militants have destroyed multiple sites of historic architecture in Palmyra, including its ancient temples of Bel and Baalshamin, since they captured the city in May.

Fighting in Ruins for the Future: Syrian Soldiers on Battlefield in Palmyra