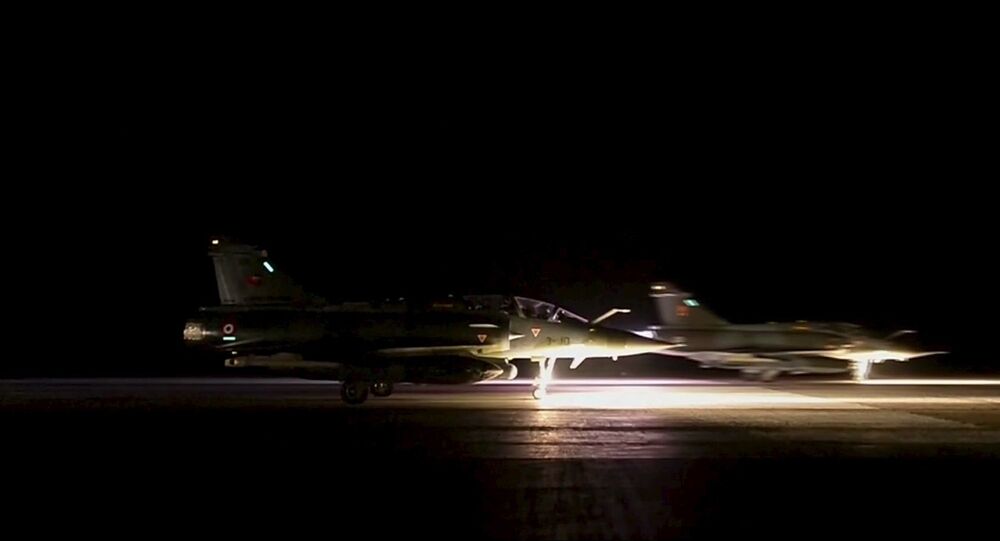 The French military has launched a new series of airstrikes against the self-proclaimed capital of the Islamic State terrorist group in Raqqa.

"At this moment, our air force…10 fighter jets are against hitting Raqqa, and as you know tomorrow the aircraft carrier Charles De Gualle will leave for the eastern Mediterranean to continue strikes on specific targets in particular around Raqqa and Deir ez-Zour," said French Defense Minister Jean-Yves Le Drian, according to Reuters.

"The number of French air force airstrikes on ISIL targets will grow," he added, saying that there would be 36 fighter jets in the region capable of striking IS targets once the Charles de Gaulle reaches its destination.

Using 10 Rafale and Mirage 2000 fighter jets, the, most recent strikes eliminated a terrorist command center and training center according to the French Defense Ministry.

"Both targets were hit and destroyed simultaneously," the ministry said in a statement. "Conducted in coordination with US forces, the raid was aimed at sites identified during reconnaissance missions previously carried out by France."

In light of the terrorist attacks in Paris on Friday, France has stepped up its efforts to strike the self-proclaimed Islamic State terrorist group in Syria. This has signaled renewed cooperation between France and Russia.

Earlier Tuesday, Russian President Vladimir Putin ordered the Russian military to "establish direct contact with the French and work with them as allies."

In a telephone conversation, Vladimir Putin and Francois Hollande agreed to ensure military and intelligence cooperation between Russia and France.

This is the latest major French airstrike against the IS stronghold, after dropping 20 bombs the city on Monday.

ISIL's Attacks in Paris, Against Russian Plane a Sign of Desperation