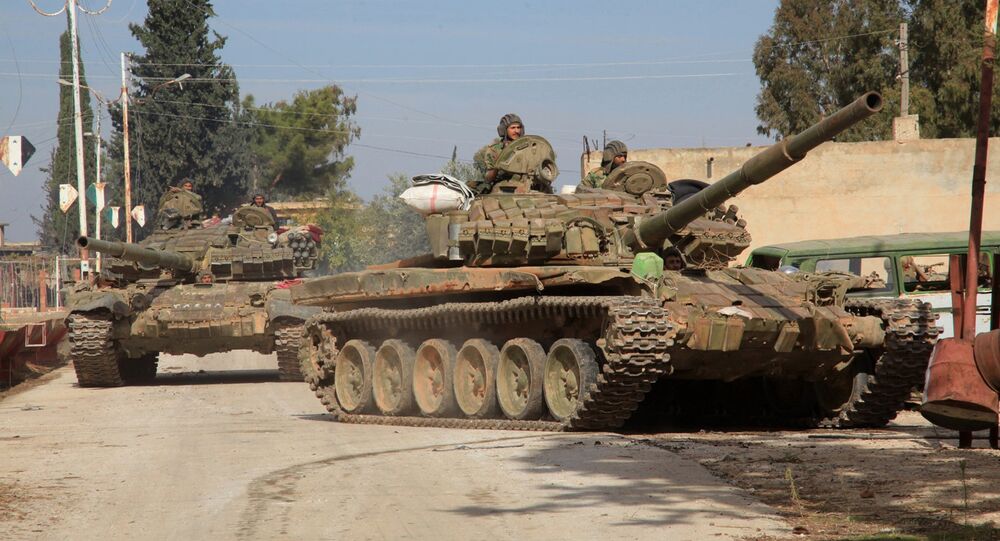 Syrian government forces gained control over a village of Kses near the strategic Kweyris airbase in the Aleppo province, a military source said.

DAMASCUS (Sputnik) — Earlier in November, the Syrian army broke the siege of the Kweyris airbase by the Islamic State (IS) militant group that lasted for several years. The army is currently continuing the liberation of the surrounding areas.

"Army liberated Kses village in the west of the Aleppo province. During the storm, groups of IS militants were killed and enemy equipment was destroyed," the source told RIA Novosti.

© Flickr / kuhnmi
Success of Russia's Operation in Aleppo 'Expected to Silence Western Critics'
The source added that liberation of Kses is essential for an offensive on Dayr Hafir, a settlement in the Aleppo province controlled by IS.

In October, the Syrian army, with the support of a Russian aerial operation against IS positions, launched an offensive to liberate the country’s territory occupied by the militants of radical Islamist groups, including IS and the Nusra Front.

Militants Blow Up Part of UNESCO-Protected Citadel in Syria's Aleppo