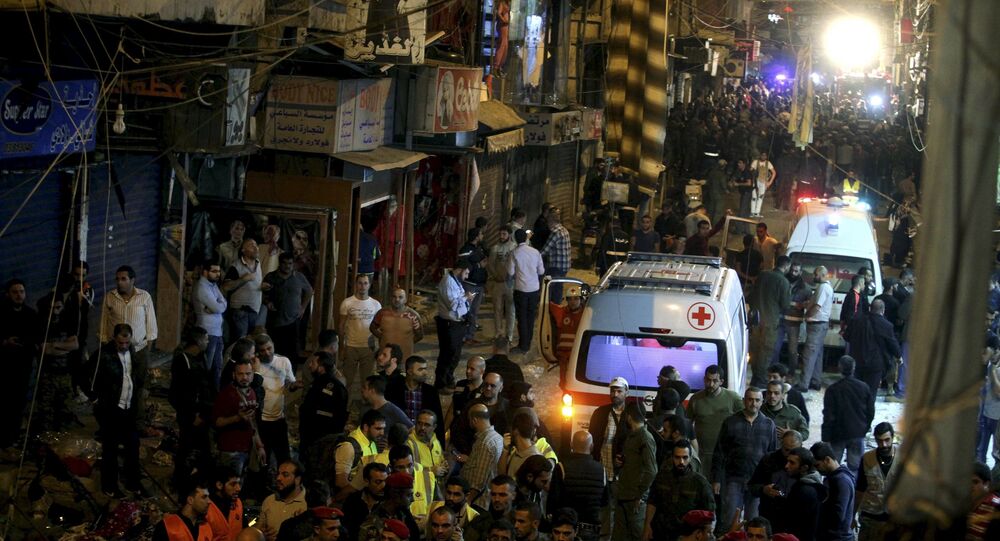 Russia is prepared to cooperate closely with the Lebanese authorities in the fight against terrorism, in particular, the notorious Islamic State militant group, the Kremlin press service said on Friday.

MOSCOW (Sputnik) — On Thursday, two suicide bombings occurred consecutively in the outskirts of the Lebanese capital of Beirut, claiming the lives of at least 43 people. Following the attack, for which ISIL has claimed responsibility, Russian President Vladimir Putin sent a telegram of condolence to Nabih Berri, speaker of the Lebanese Parliament.

© AP Photo / Hussein Malla
ISIL Claims Responsibility for Deadly Twin Blasts in Beirut
"Putin expressed hope that the perpetrators and actors of this crime will be punished, stressing that Russia is ready for close cooperation with the Lebanese authorities in the fight against terrorism, in particular, the Islamic State extremist group," the press service said in a statement.

The southern outskirts of Beirut is a stronghold of the Hezbollah movement, a paramilitary and political organization originating in Lebanon's Shiite population. The movement has been assisting the Syrian army in the fight against moderate rebels, as well as extremists groups, such as ISIL and the Nusra Front.